Well it certainly has been a whirlwind the past few days.  My flying buddy Paul came over and helped me get the new engine off the stand and put the original one back on to be worked on some other day. 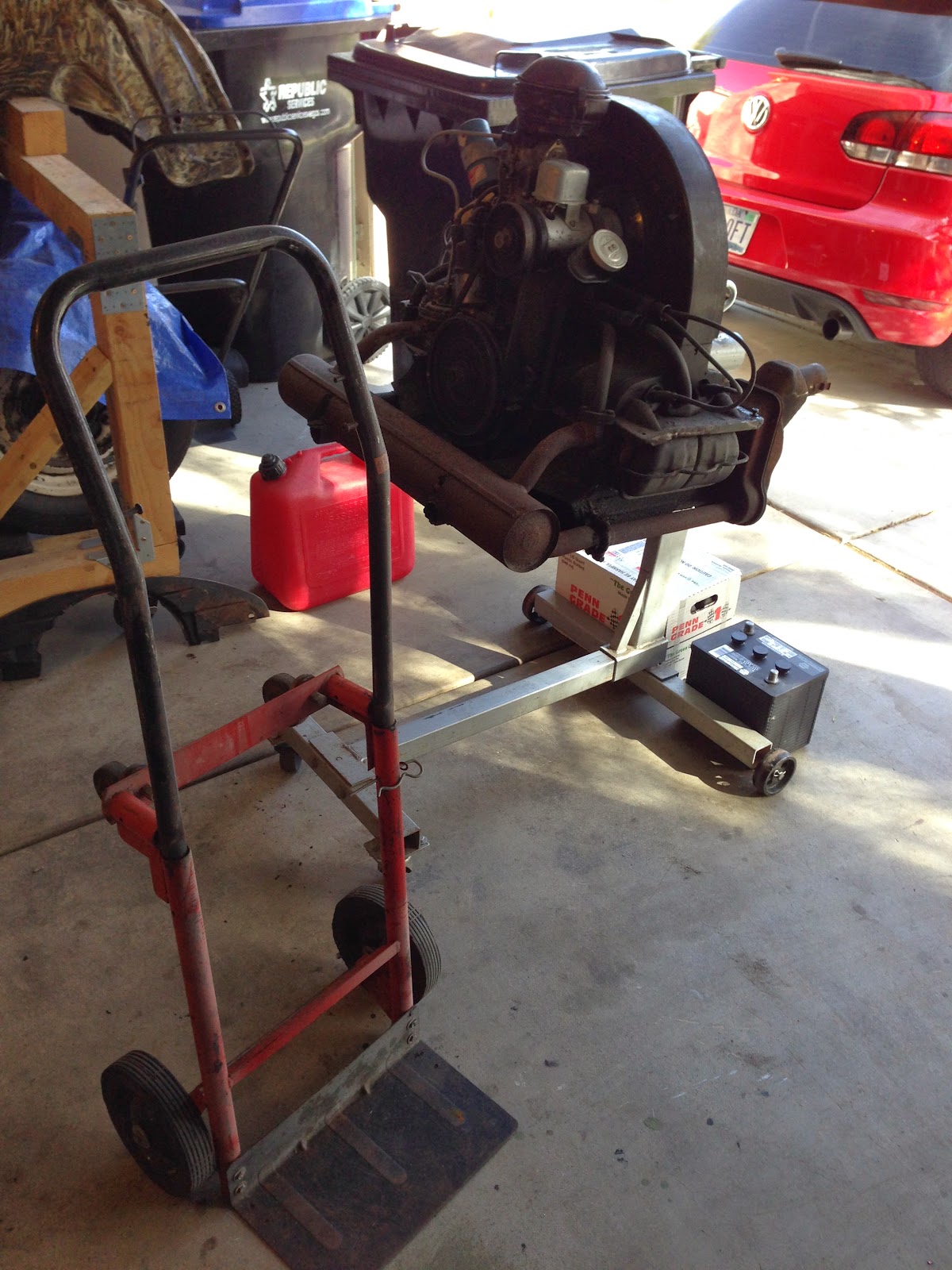 I made a wood mount for the engine to slide on easily so that I could maneuver it around on my floor jack.  It even had a cutout for the circular piece on the floor jack and restraining straps to prevent it from tipping over.  If I remember I'll try and grab more pictures. 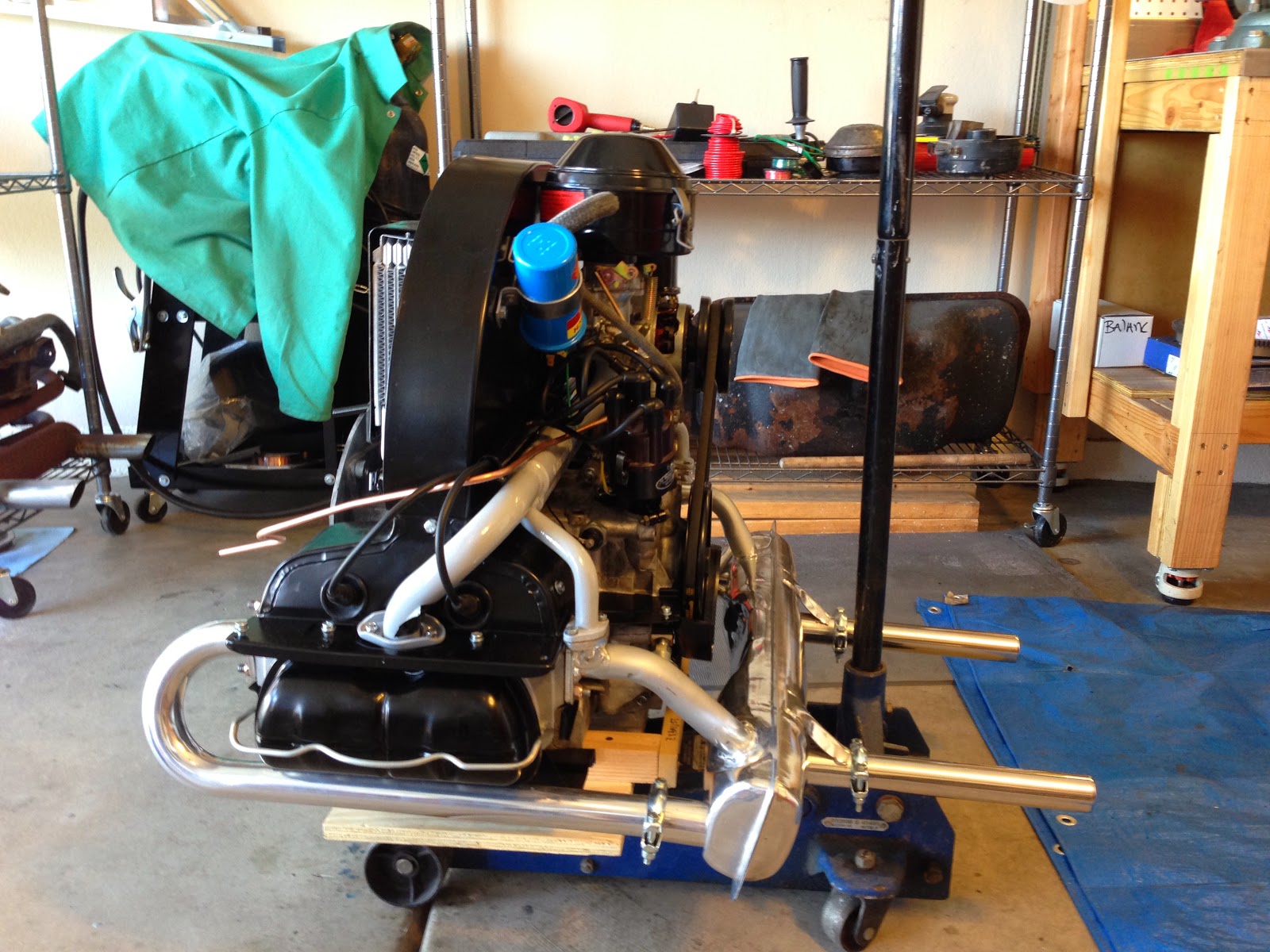 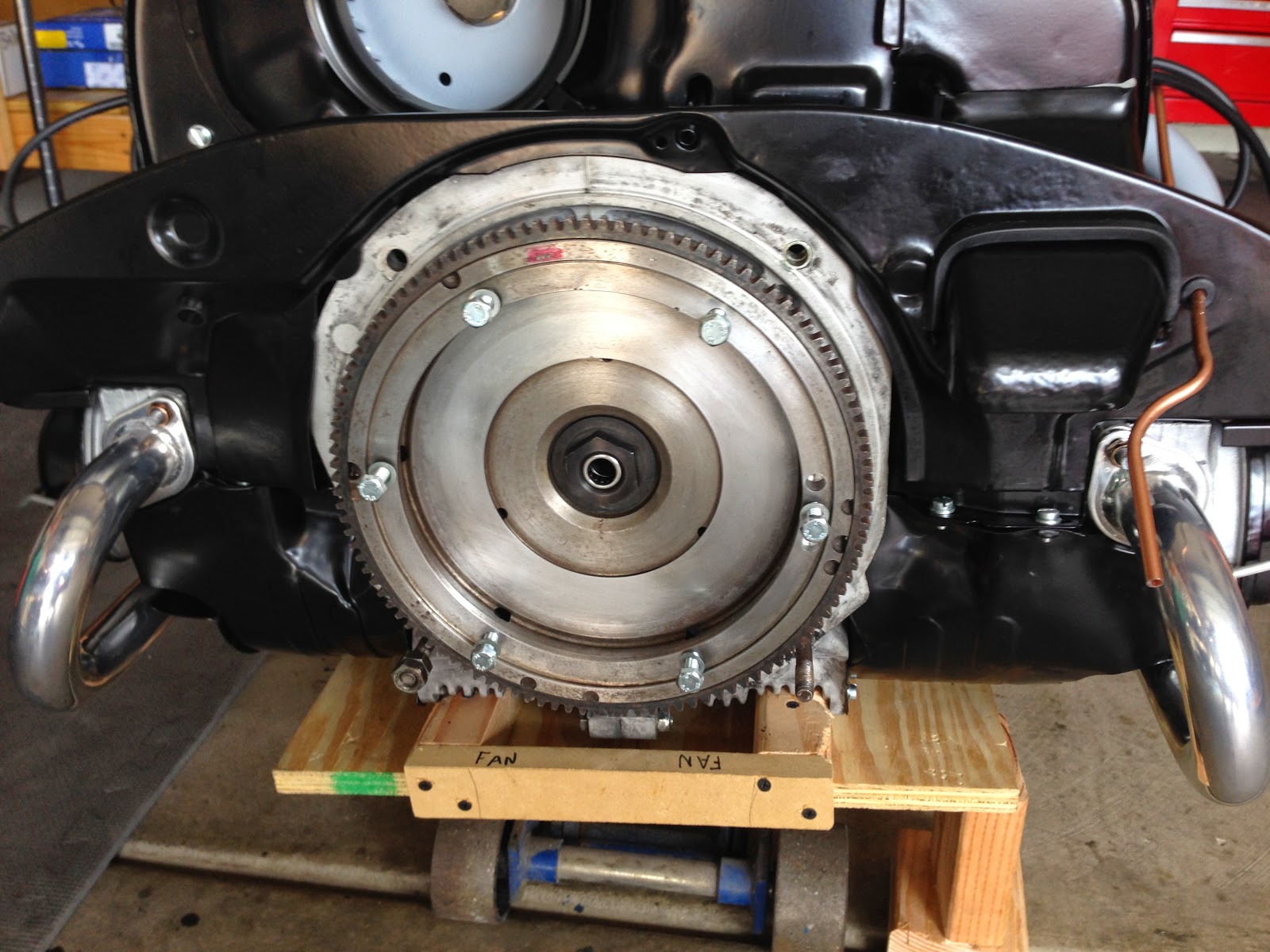 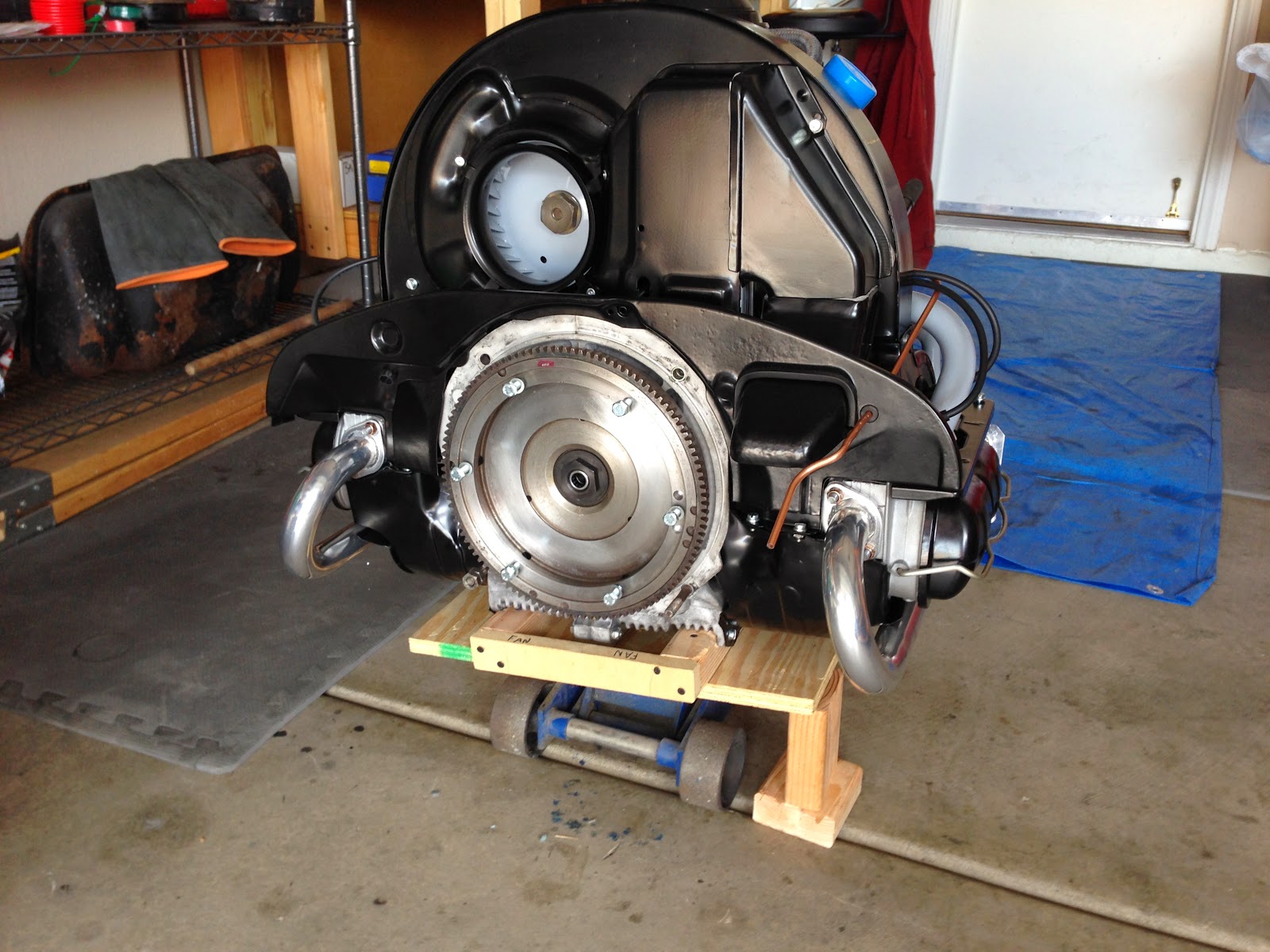 One issue I had was with the cooling flap cross bar.  Once I installed the oil cooler exhaust tin, it was rubbing on the cross bar.  A couple taps of the hammer and re-orienting the washers I am back in business with clearance. 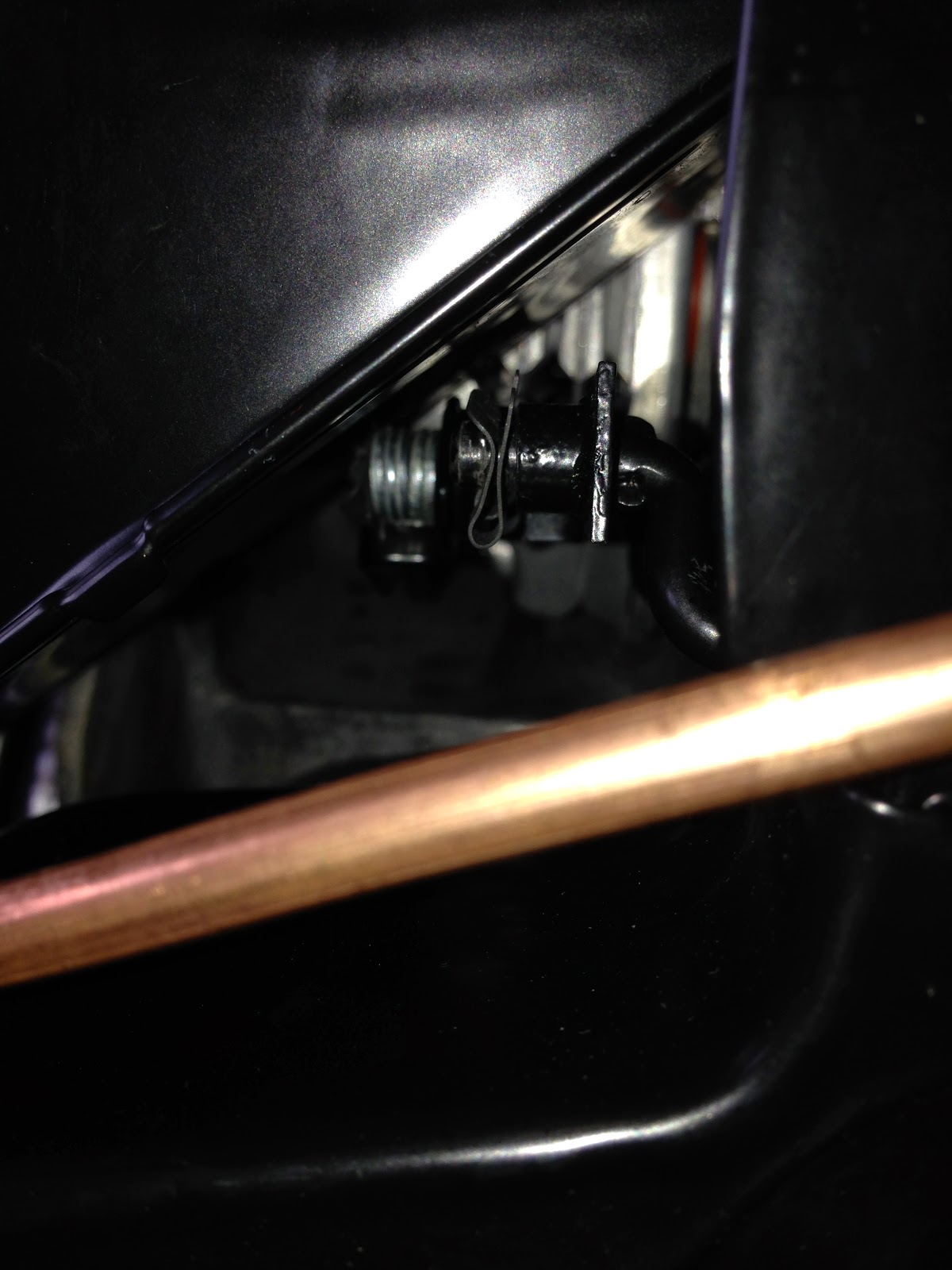 The next day I installed the clutch and pressure plate.  And then, mounted the engine! 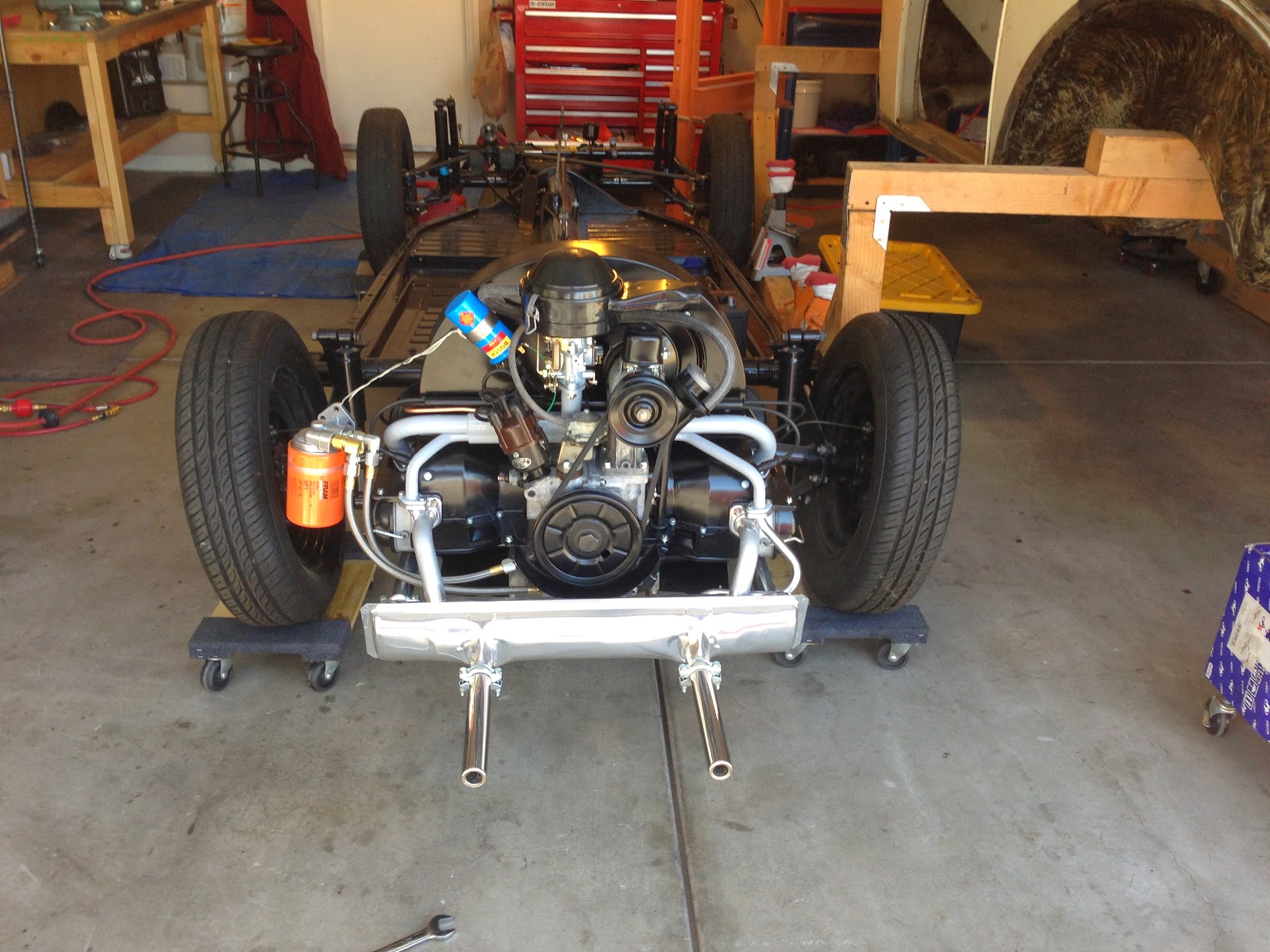 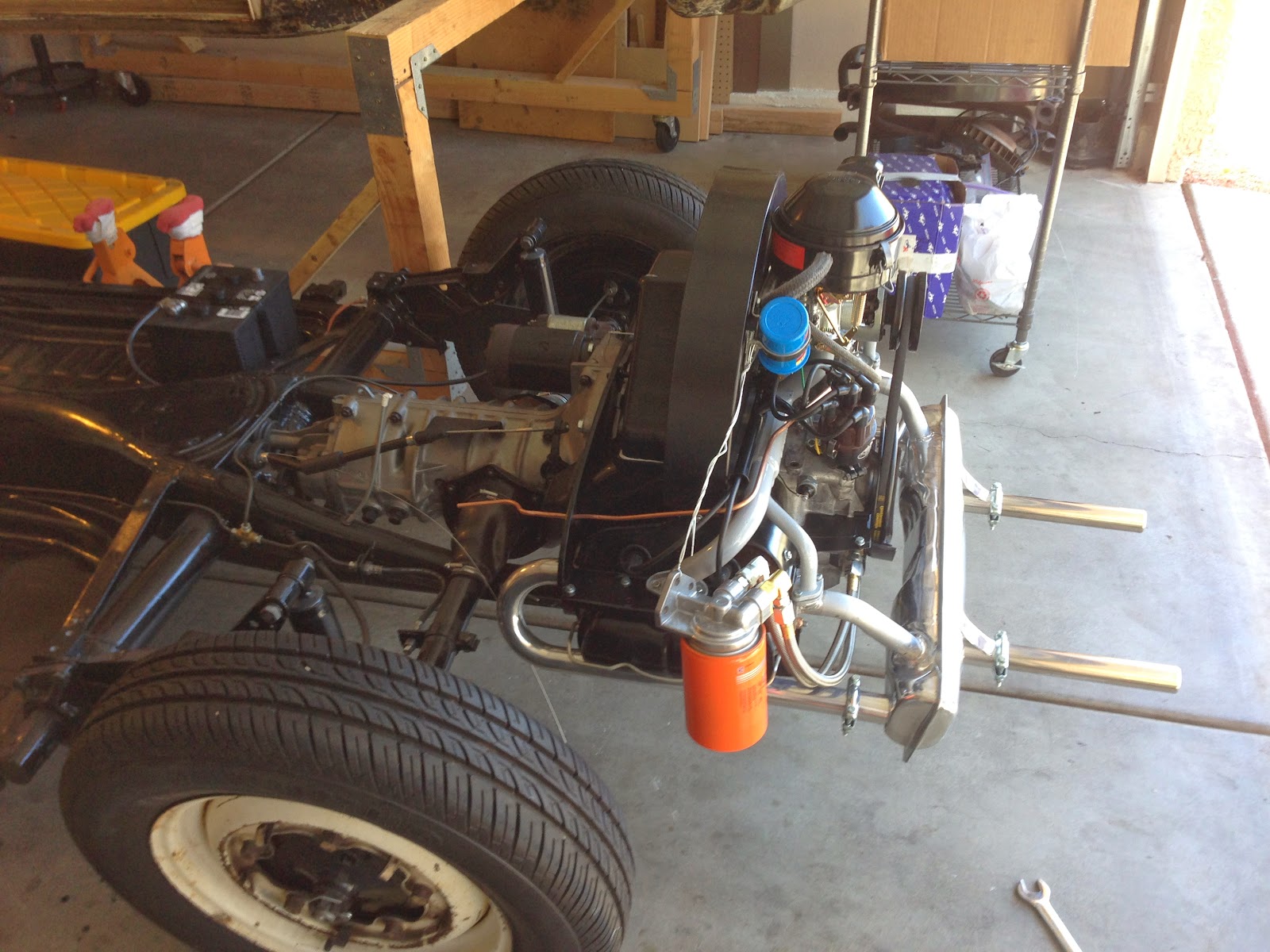 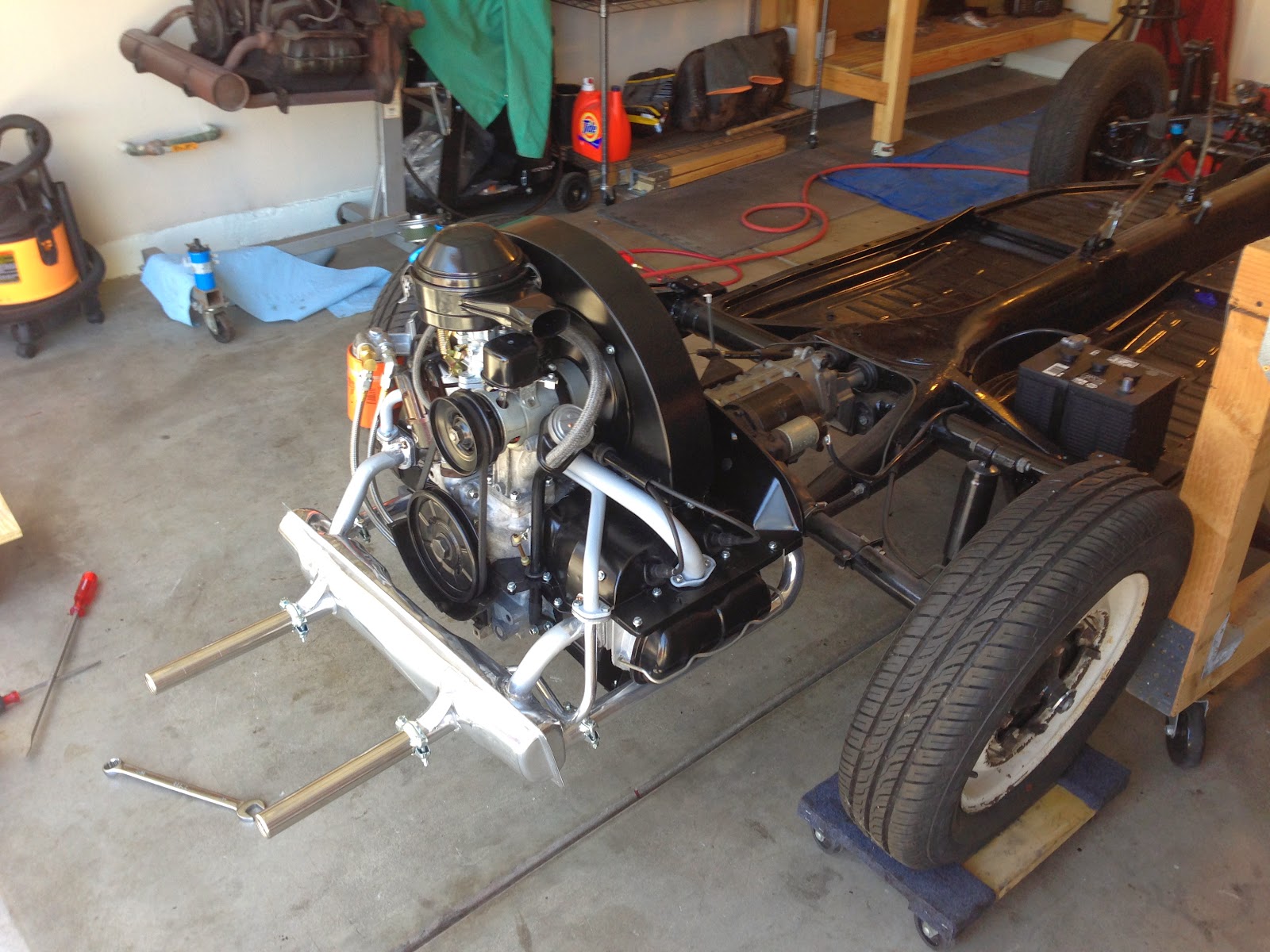 The rest of the day I spent dealing with wiring and starting issues.  I ran all the wires to my start box (shown in an earlier post).  I cranked until I had oil pressure.  I was getting fuel, but no spark.  I left it for the night and this is how it sat. 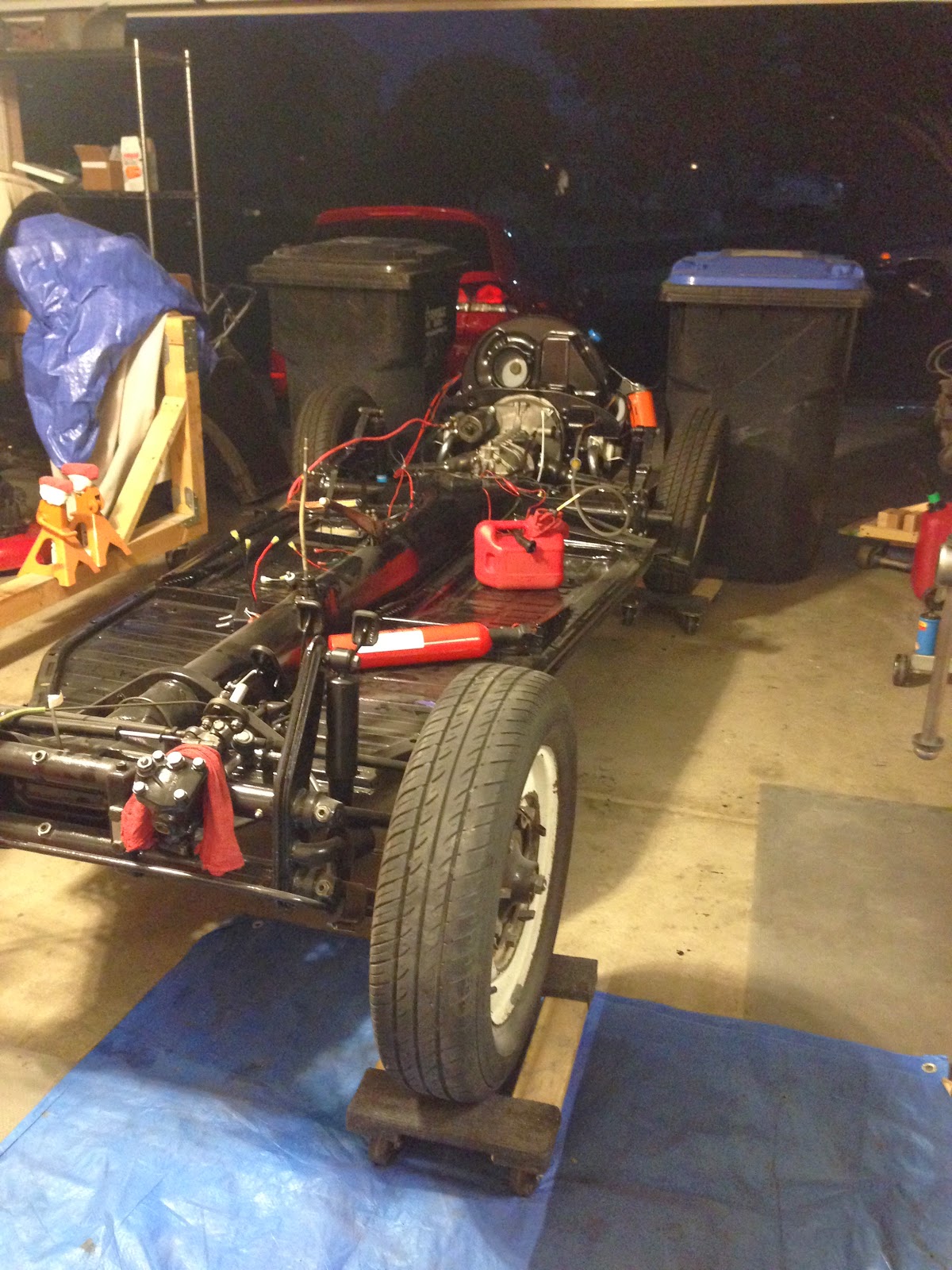 Today I chased the spark issues again, ultimately putting in a restored distributor I saved from this engine.  My new one has some issues and will need to be looked at.  I also have a chassis grounding problem which I will need to look at, I ran a cable to a transaxle bolt in the meantime. 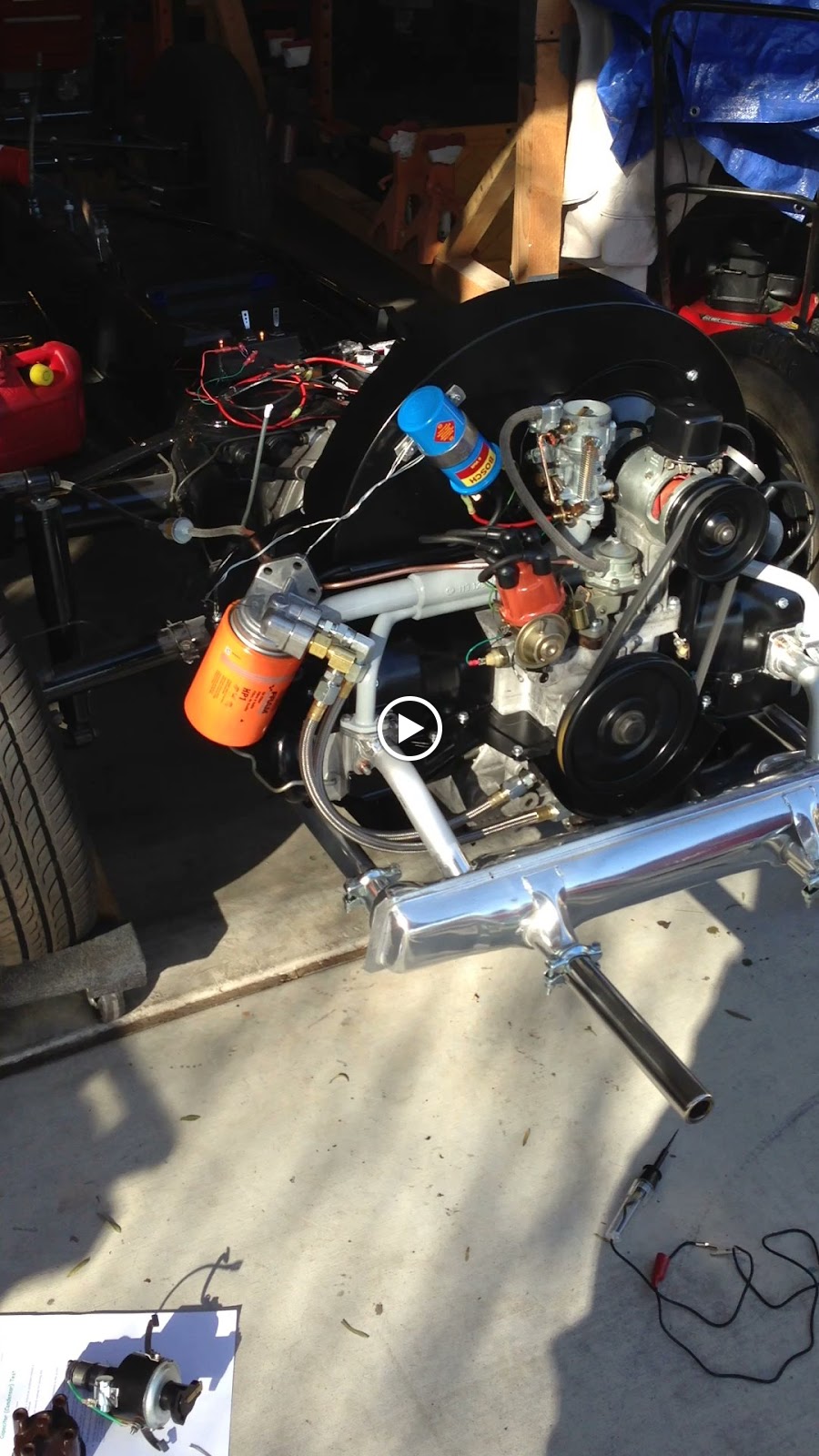 The first start went well.  I tuned the carb after, changed the oil, and adjusted the valves.  I got the generator working with a new voltage regulator and polarized the generator.  It is now charging.  I had some leaks at the valve covers, fixed those.  Also had a leak by the fitting for my oil filter near the engine case.  Used loctite instead of thread sealant and fixed that problem.

So I need to chase the bad chassis ground, fix the distributor, and take it out for a spin!
Scribbled in by Ryan around 6:10 PM