Today, I actually have to work...or travel to work but was still able to get some stuff done.

First, I removed the last of the pesky Philips screws on the door post and vent window.  These were the ones that had been sitting in the "tray", so whenever it rained the screws stayed wet and rusted.  I actually got some out with my portable drill, had a bit more torque than I could use with a manual screw driver.  For two of the remaining screws I had to weld another bolt (too small of an area to use the nut trick) to the screw in order to get leverage and remove it.  The screws were already rusted and then stripped, so welding worked and didn't ruin anything that hadn't already been trashed. 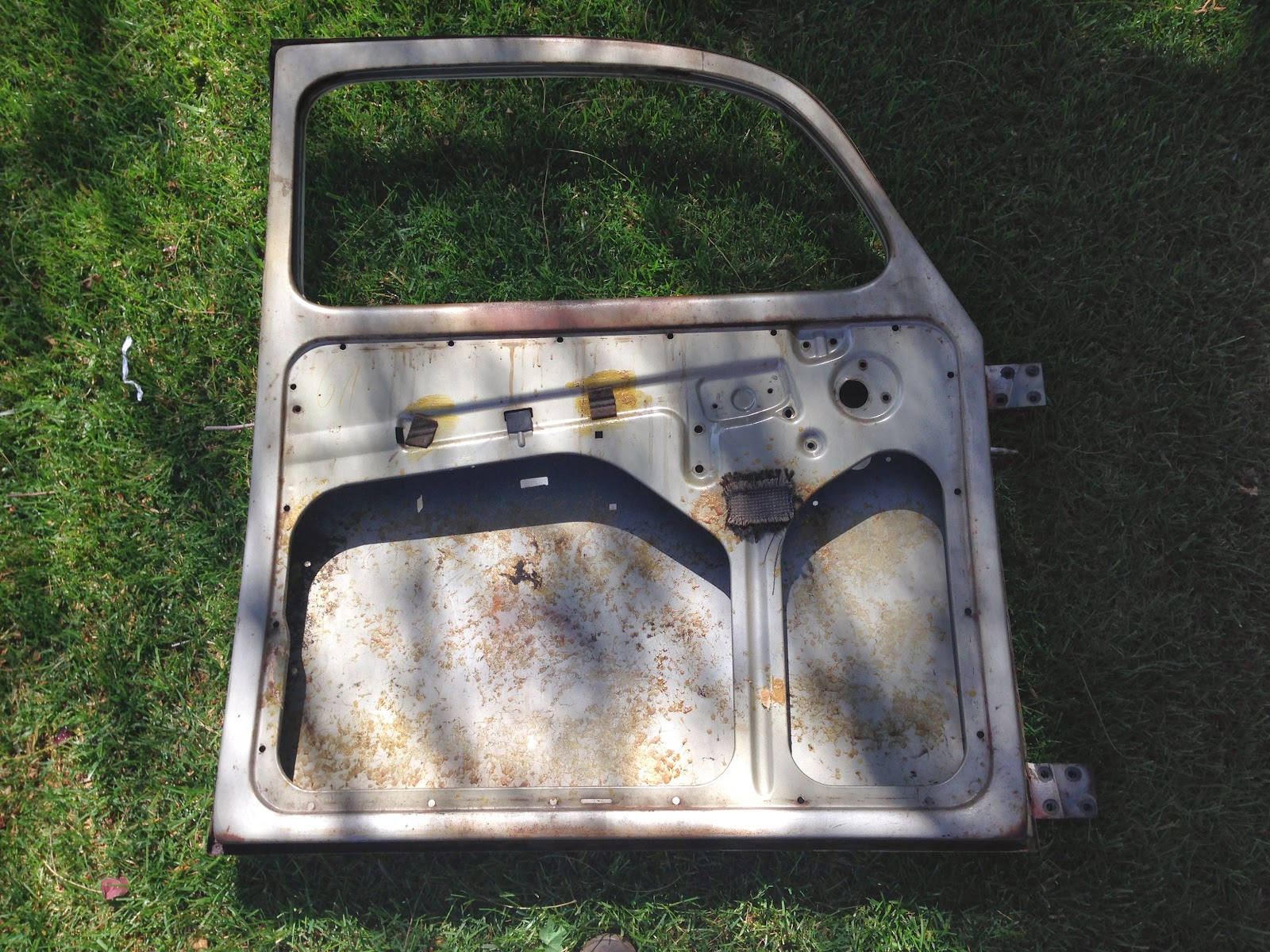 The doors are in decent shape.  Nothing that can't be easily fixed.  One of them has some rust on the bottom edge.  In some areas it does go through, but it is a simple bend and an easy cut and weld.  I thought they would be much worse!

These are all my parts waiting to be cleaned.  Once I know what needs replacing I'll start getting my next big order ready. 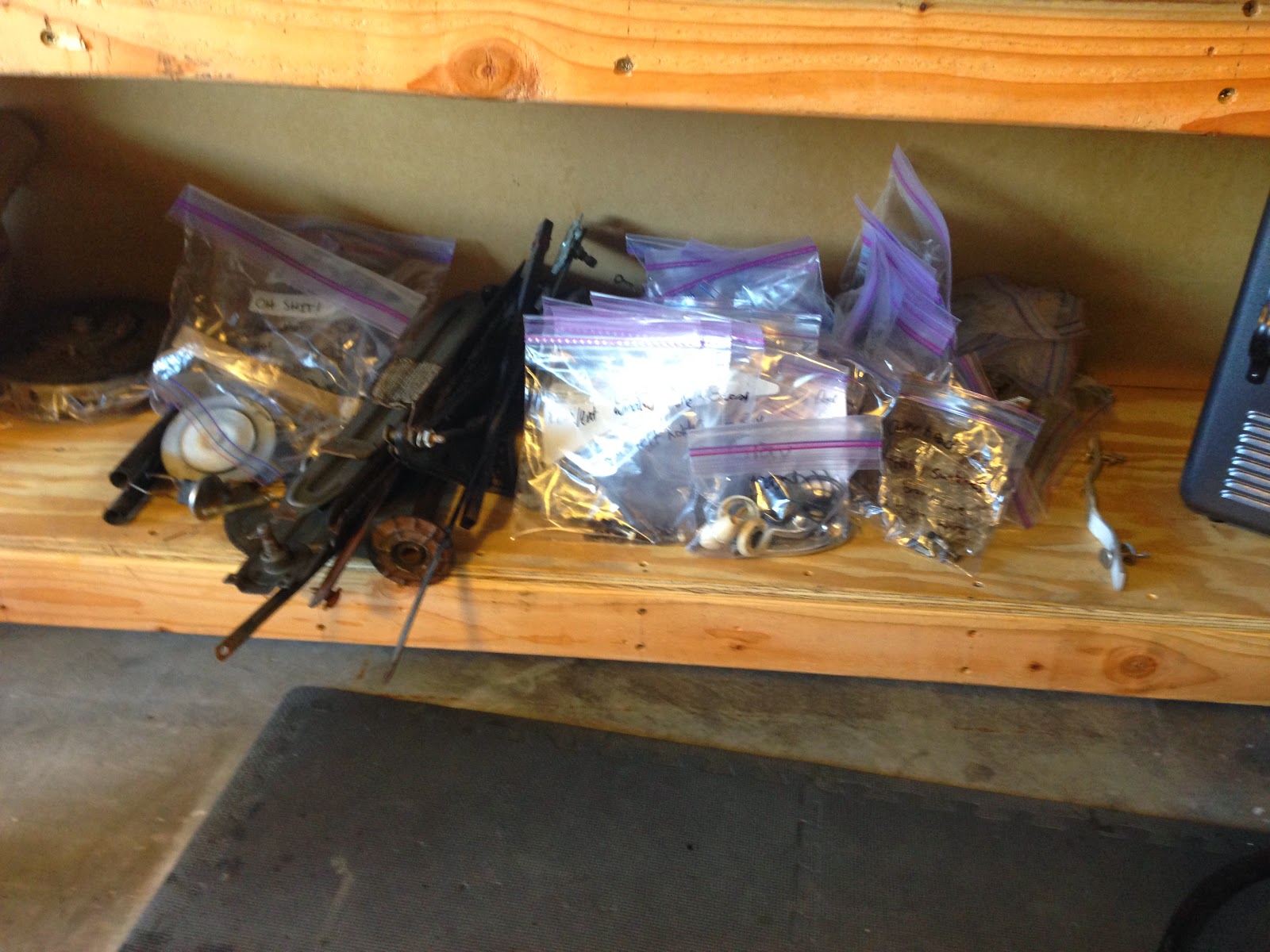 I also took the vinyl and padding off my seats (except the driver, so I can still roll around the neighborhood!).  The covers were not original.  The padding underneath was and I found some cool, old, little slips of paper with dates and names on them.  Very cool.  The padding has seen its better days, so I snapped some pics and put that in the trash.  Original style padding is available. 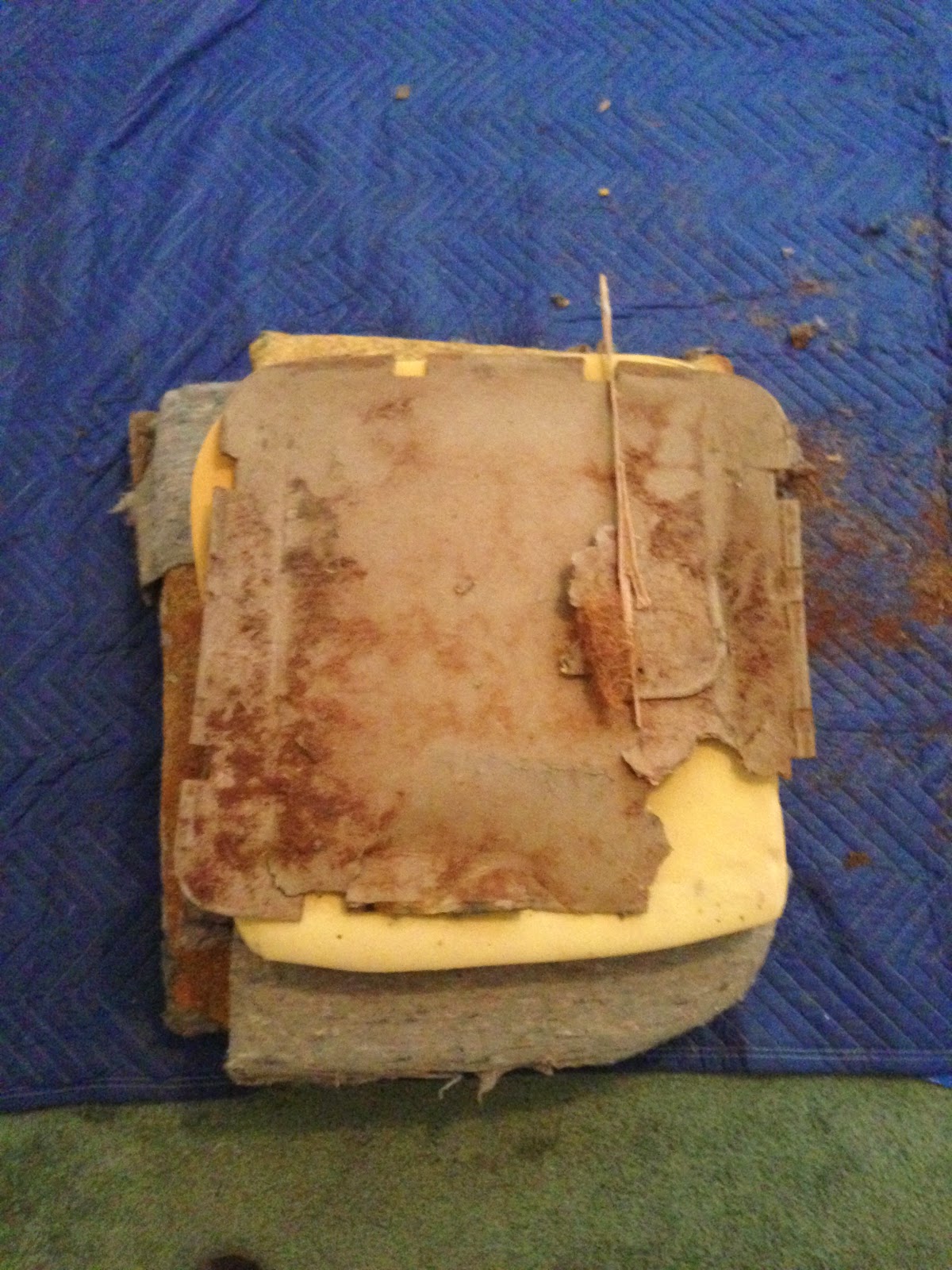 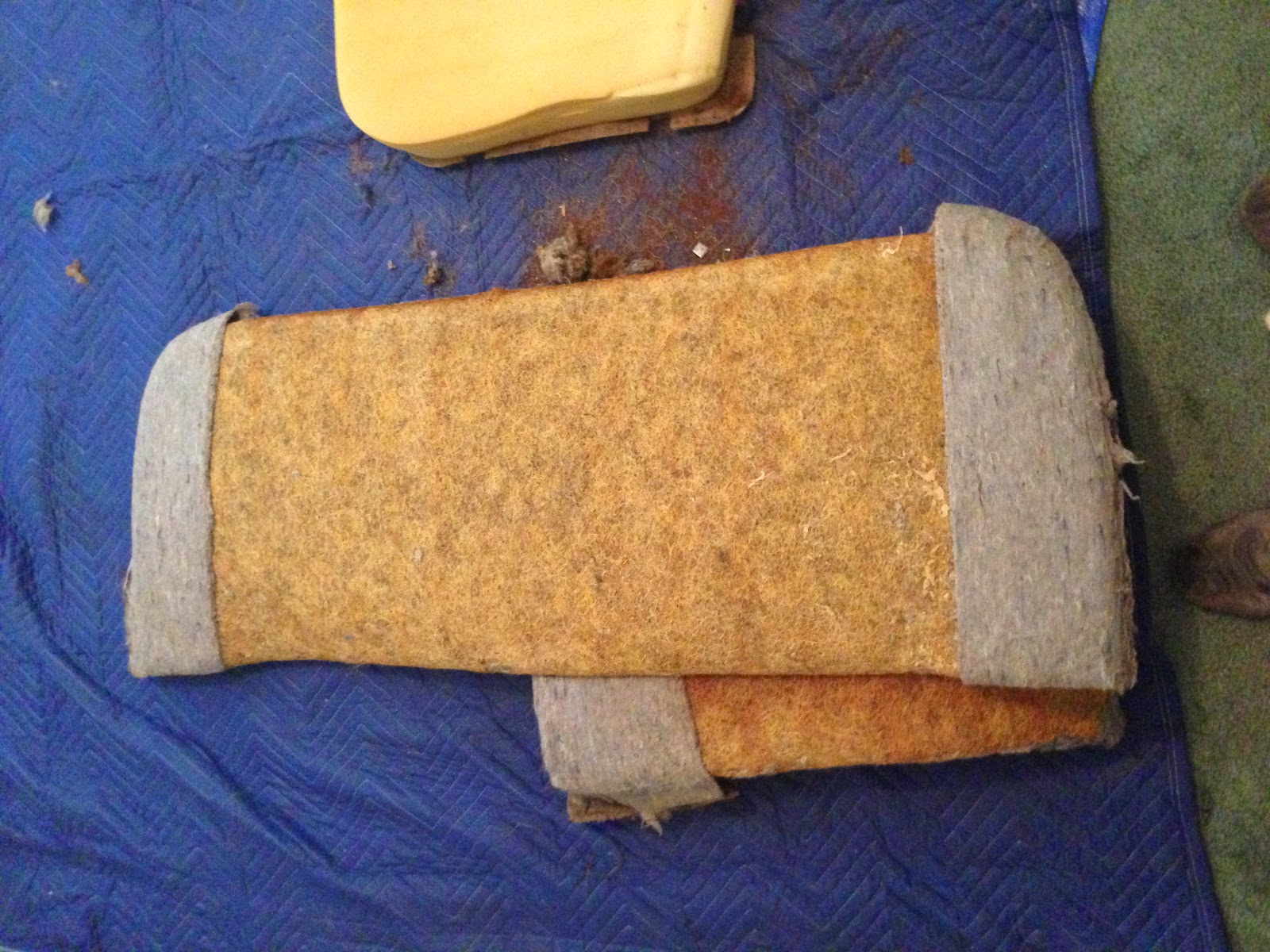 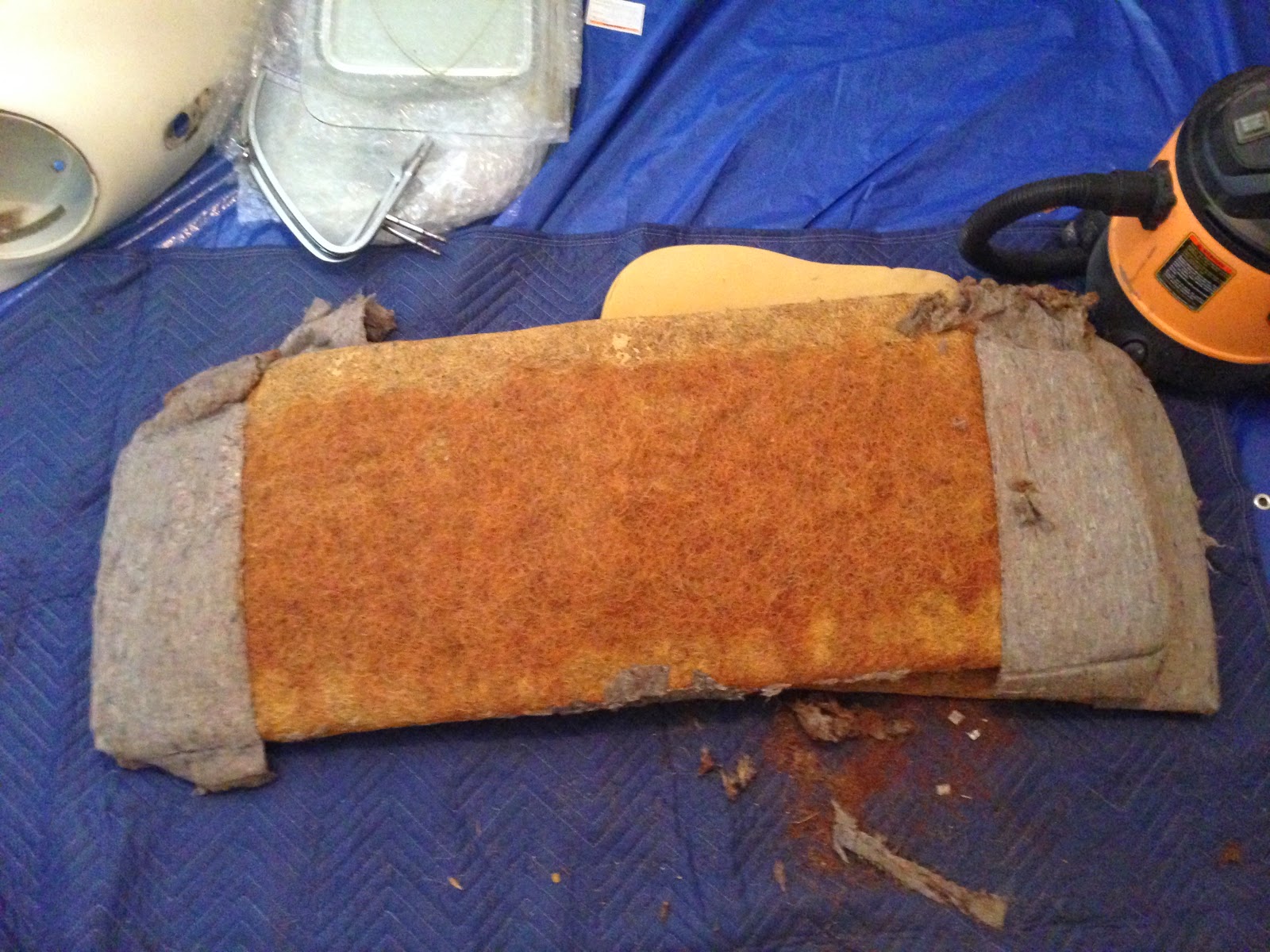 And finally, here is the living room (with Paul's stuff too) starting to look like another bug parts den!  These parts are all going off to get media blasted.  I plan on doing an inventory to keep track and also note the original color so I can make sure to repaint them properly. 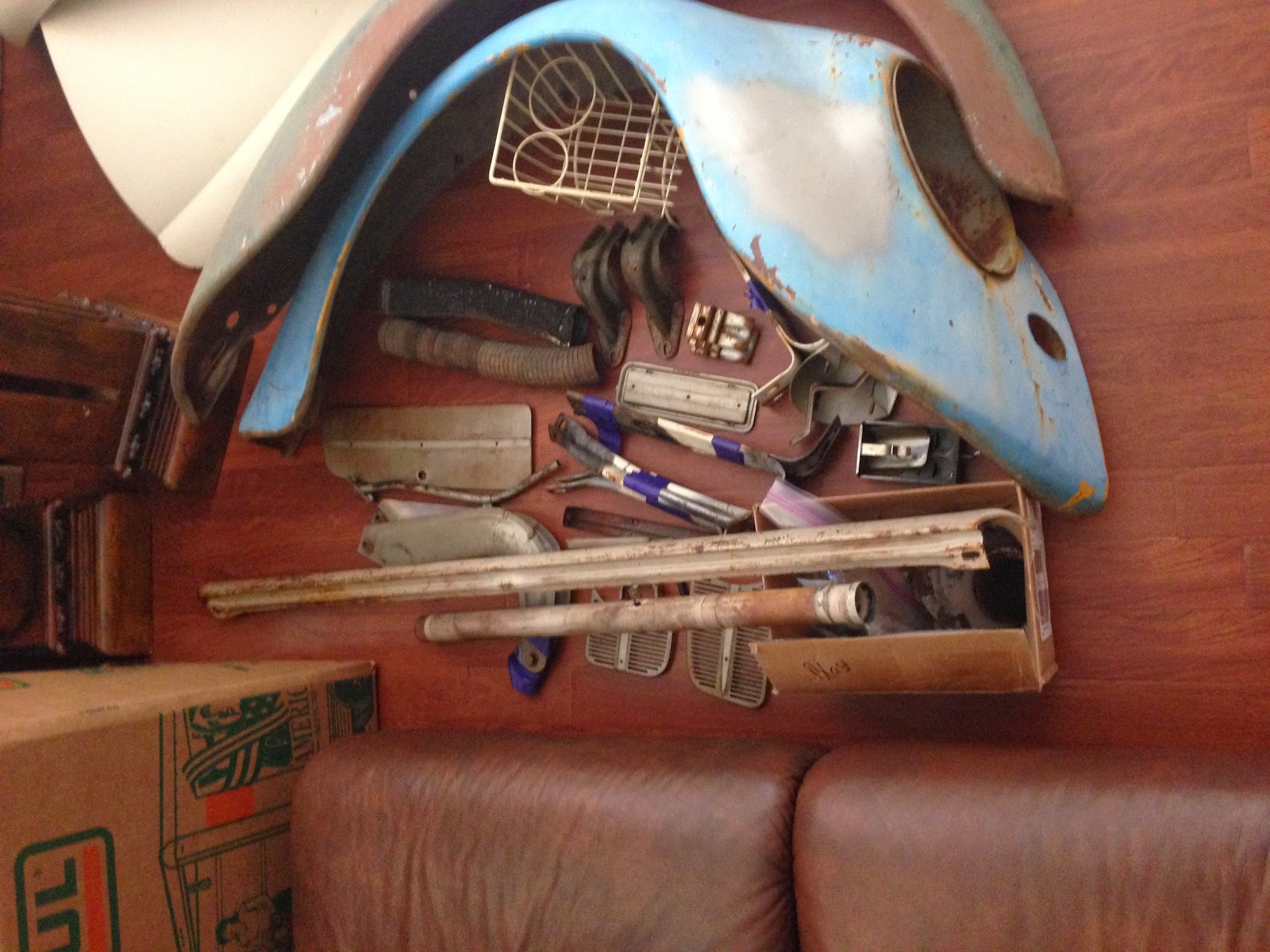 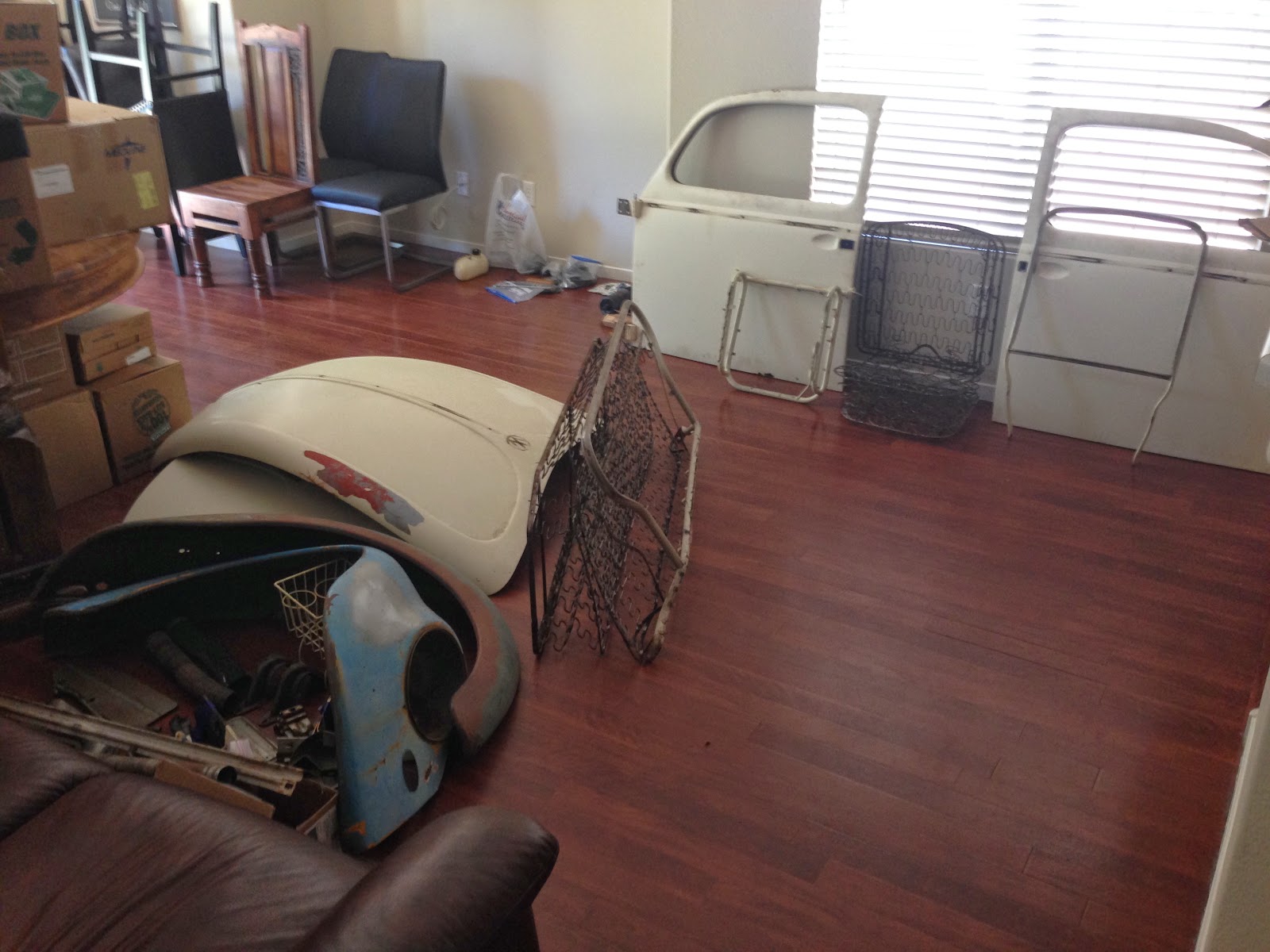 Off to work for a couple days, when I get back I'll hopefully finish up the plumbing for my compressed air system.  I can start cleaning those parts above and also coordinating when I'm going to do the media blasting.
Scribbled in by Ryan around 1:19 PM