Well, admittedly progress has been painfully slow.  I've started another job and sometimes life gets in the way.  I'm still waiting on my reproduction vinyl which is a bit of a buzz kill.

In the meantime, the granddaughter's of the original owner, Louise, were in Las Vegas.  I took them out to lunch and also shared some memories with and of the car!  Very cool to meet the people who used to drive my car and in their case, even learned to drive stick on it!  Louise sounded like a very special lady. 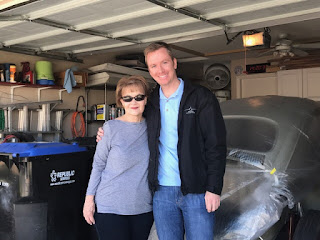 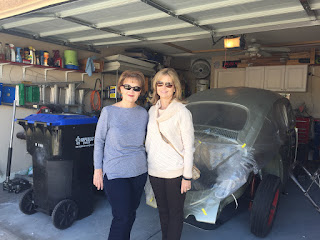 Of particular interest is the fact that being a Florida car, it was relatively rust free.  The ladies told me that the car spent a considerable amount of time inside a Mercury dealership as some sort of display.  Very interesting. 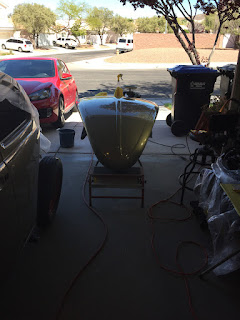 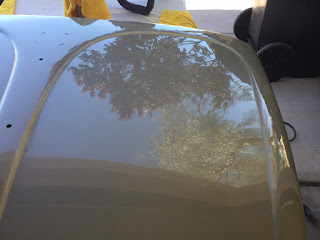 I also have been working on the hood, I finished the underside in February.  Today I finished the top side removing all the trash, sanding, and buffing to a nice shine.  I'd say it looks okay! 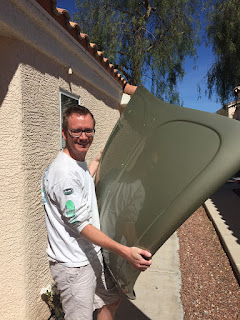 I also attached the aluminum molding, VW badge, Wolfsburg crest, and chrome handle.  You can see on the bottom side I used the original style "witch hat" rubber pieces to protect from water.  On the other areas I used a special sealing puddy. 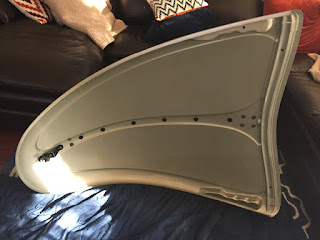 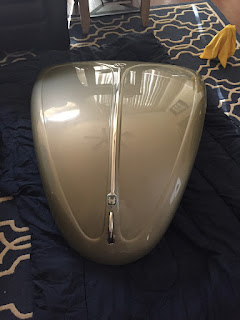 Body sanding next!
Scribbled in by Ryan around 8:22 PM No comments: