Well, Part 1 was basically what I had written on the old website through about 2005.  I graduated and went to college (with the bug) where I drove it all throughout my college years.  I'd work on it in the parking lot, changed tires in the rain, moved from my dorm to first apartment in the Bug.

I drove back and forth from Daytona Beach to Naples.  Rain, warm weather, cold weather.  It was fun.  I enjoyed it.  My ears were often ringing after the 5 hour drive, but it was a good pain.  I broke down, got lost, drove with friends, had fun, adventures.  It was a great car during a great part of life!

When I graduated, I got a new car (also a VW) in the interest of "safety".  Thanks Mom!  To be honest, I would have continued to drive it. 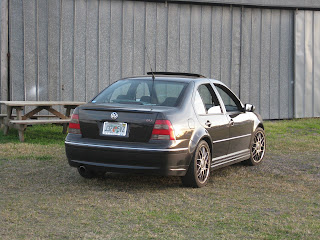 The bug sat in the garage back at my Dad's house.  Out of the elements but not getting any attention.  He eventually needed the space, so it came to my house in Daytona Beach.  I got rid of the Jetta and got a GTi.  Without enough time and extra money, the Bug sat. 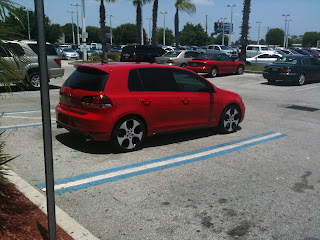 One day, I decided to at least get it running so put a new battery and tires on it.  I got it tuned up and would drive it around the neighborhood every few weeks.  Eventually, two push rods got bent.  I pulled the engine and put it on an engine stand.  I never wanted to tear into the car because Daytona Beach was just a stopping point (from 2005 to 2013, ha!) and didn't want to have parts and pieces all over the place.

Life got in the way, I was in between jobs and the VW sat.  I ended up finding a new job in Las Vegas, NV and moved the bug with me all the way to Vegas.  I had to get my car, Bug, and some random things to Vegas.  How else was I supposed to do it ;) 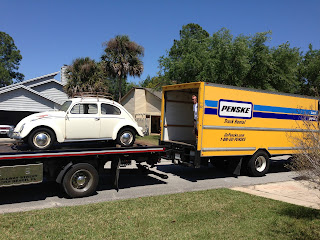 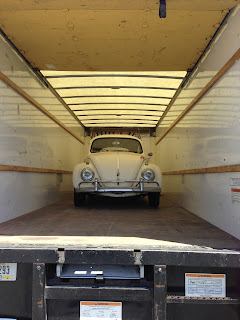 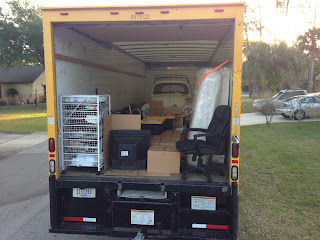 The new job has provided me the time and extra money to work on the Bug.  Where the story goes from here...time will tell!