The past few days I have been working on restoring an original oil bath air cleaner for the car.  The original style was a bit small for the larger capacity engine I am putting in the car so I sourced a larger and still original VW part from a 1966 Bug that will work with my bigger engine and still look factory.  The engine really is starting to turn into an amalgamation of different parts.  Should be fun for people to try and guess what it really is!

I'll have more pictures of the air cleaner later, but I basically painted it black on the outside and kept the original black on the inside.  I did modify the snout a bit so that a flapper valve and intake port (which I wasn't going to use) aren't there and I won't see any open holes.  Should look slick.  The original one looks like this.  As you can see, similar but to a purist a noticeable difference.

Today I received the original VW branded windshield I had shipped from Indiana.  There was an inspection sticker on it from 1979 and it had the VIN of the car.  After doing some research, car # 5563962 built in April 1963 donated its fairly good shape windshield to my project.  It has typical pitting and some rock chips but it is original.  I paid $90 shipped which is cheaper than a new one and has the original character (logo and pitting) that is what I'm after.  I'm more interested in original parts than brand new parts. 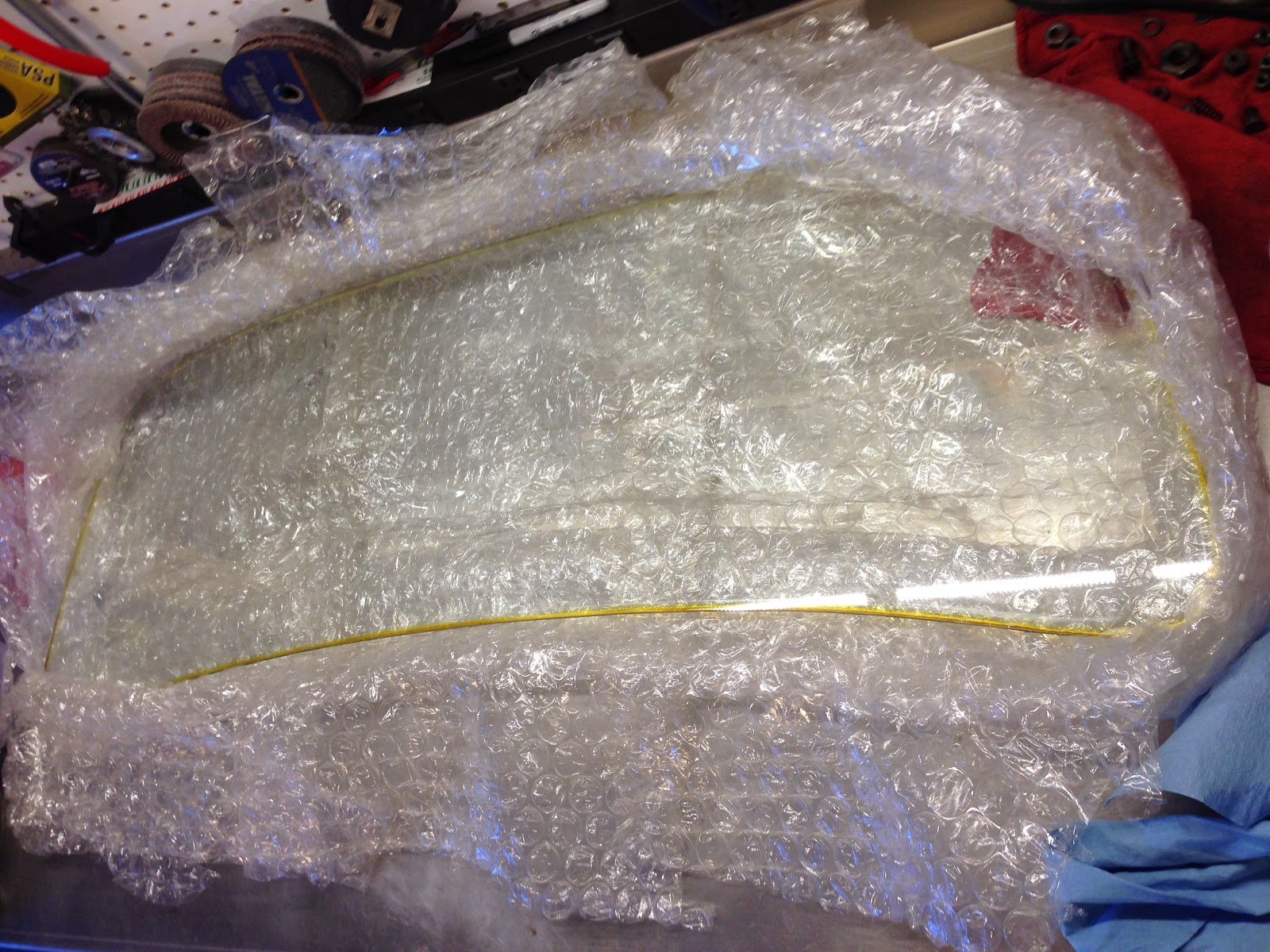 As you can see, it does have some fading around the edges where the laminate between the two pieces of glass is yellowing.  There are some chips and dings...but all is well!

I've literally had an ad out for an original windshield since I started this whole project, so I was happy to find an original in good shape.  I'll still keep looking in case I find a better one, but for now this one is good.

Still waiting for my powder coated tins to be finished.  After that, engine final assembly and starting!
Scribbled in by Ryan around 6:42 PM