Today I finished blasting the wheels.  They turned out pretty good.  I am going to repair the hub cap retaining tabs and then do a final finishing and blast on them.  They had a couple bends in them from some curb rash, nothing that a hammer and dolly can't take care of.

Because I was continuously blasting for such a prolonged time and that this nozzle hasn't been replaced since the blasting gun was new...I ended up with a blow out. 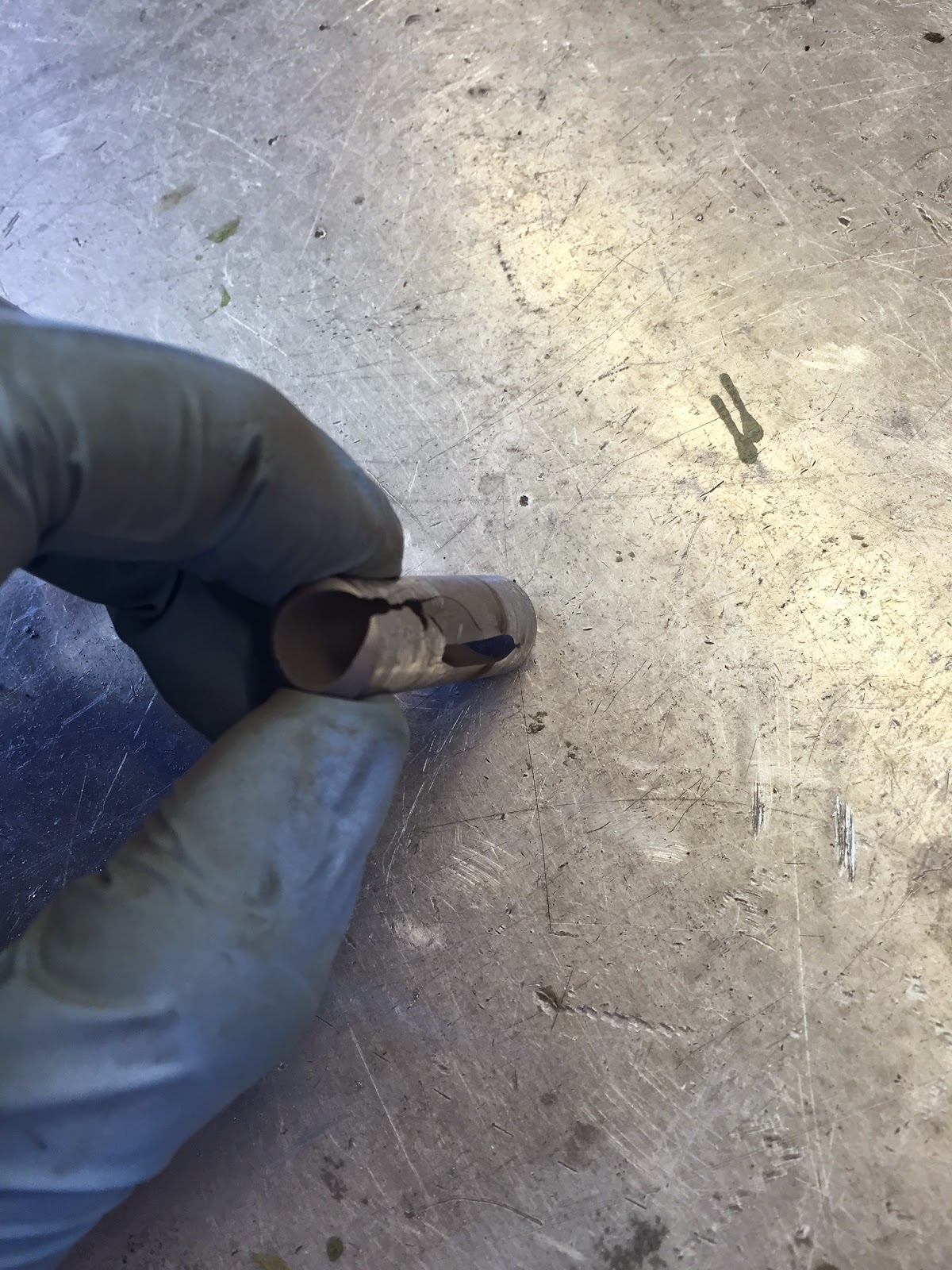 The performance of the gun started to suffer and I wondered why.  When I stopped to remove the rim, I found the tip had been eaten through with the glass bead material.  Pretty crazy!  I had a couple spares so it didn't hold me up much :)

And finally I did a little bit of filler work on the deck lid.  This was probably the least labor intensive part I've done so far.  It was in really clean shape. 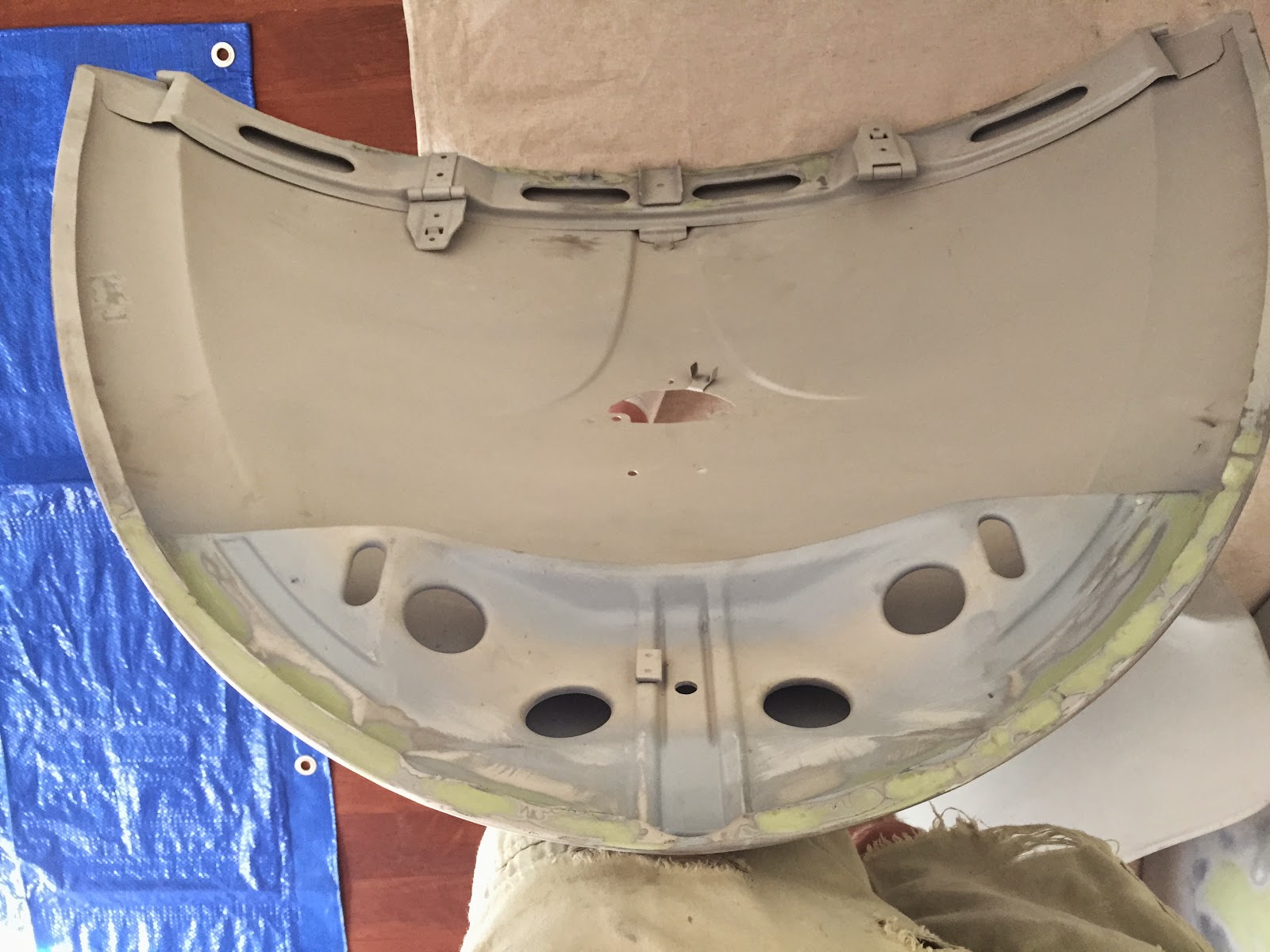 Next step will be the hood and doors.  Then onto the body work on the body itself.
Scribbled in by Ryan around 1:57 PM