WELL, the day finally came (actually started yesterday) where I am finally rebuilding the bug!

I got my first and largest parts order yesterday and took inventory of the parts.  Everything was there, so I did some small things like install the inspection cover plate and the battery positive cable (yes it's black, the ground is actually a wound copper cable....cool!) 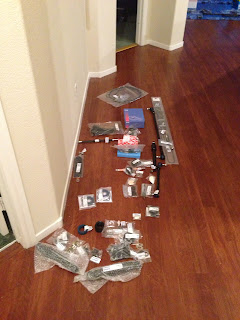 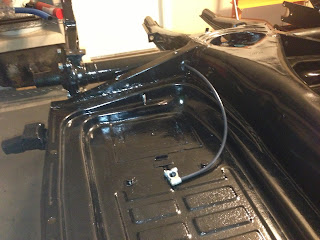 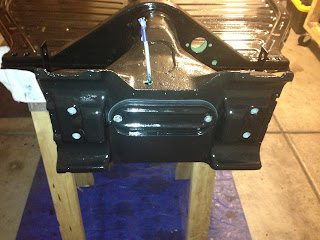 Today, I installed the spring plate and covers, which doesn't seem like it would take a long time but I had to take two trips to Lowe's to make it happen.  I had to wire wheel and clear coat the bolts, nuts, and washers.

To install the spring plates I had to use a turnbuckle between the shock tower and the upper bolt hole where transaxle attaches to "pre-load" the torsion bars.  This is tricky and can be dangerous if something breaks loose and you have all that tension.  On my first attempt, I used too small of a carabiner which broke.  Fortunately, the spring plate was already above a safety notch so it caught, but it could have been interesting.  I made a mad dash to Lowe's and picked up a bigger, stronger one....no problemo. 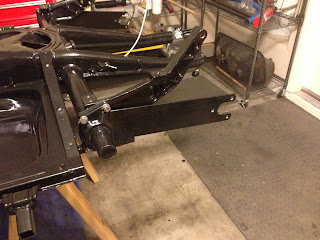 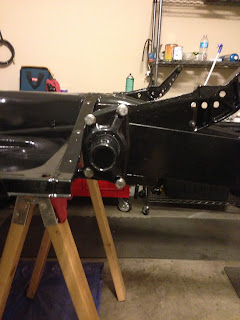 I also bought and assembled a 20 ton press so that is a great tool in the garage to have taking apart and putting back together certain parts like the steering box, pedal assembly (which I botched before), and the steering knuckles.

I also got another large shipment of parts from Pennsylvania, mainly brake components.  So, tomorrow I may tackle some of that.  Fun fun!

Scribbled in by Ryan around 7:21 PM