The past couple days I have been focusing on my half walls for the paint booth.  These will be at the back and front of the booth, hold the fans and filters and give the booth a bit more structure.  I plan on taping the plastic to the ground on the sides.

I looked at a lot of designs for booths but I wanted something that was easily removable and reusable.  There are certainly cheaper ways to make booths, but I have to use it multiple times for my project and will probably want to take it down while doing other things...so ease of use was very important.

I used some ideas I found on the internet and have been just thinking it though as a I go.  It's turning out well so far.

I built the walls with 12ft 2x4's and framed the replaceable filters. 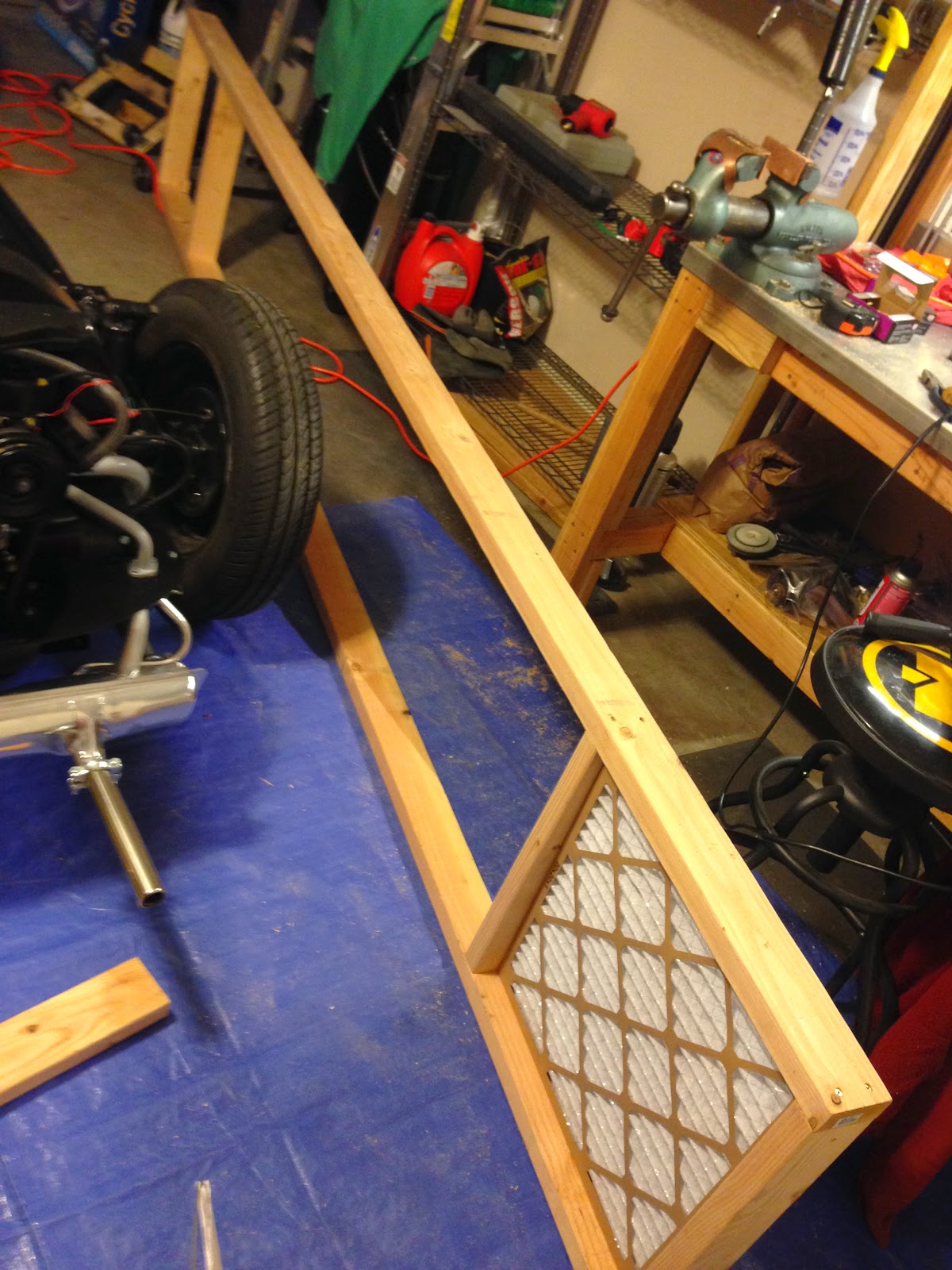 Mocked up the fan, needed to sleep on it a bit to decide how to get it tight to the half wall. 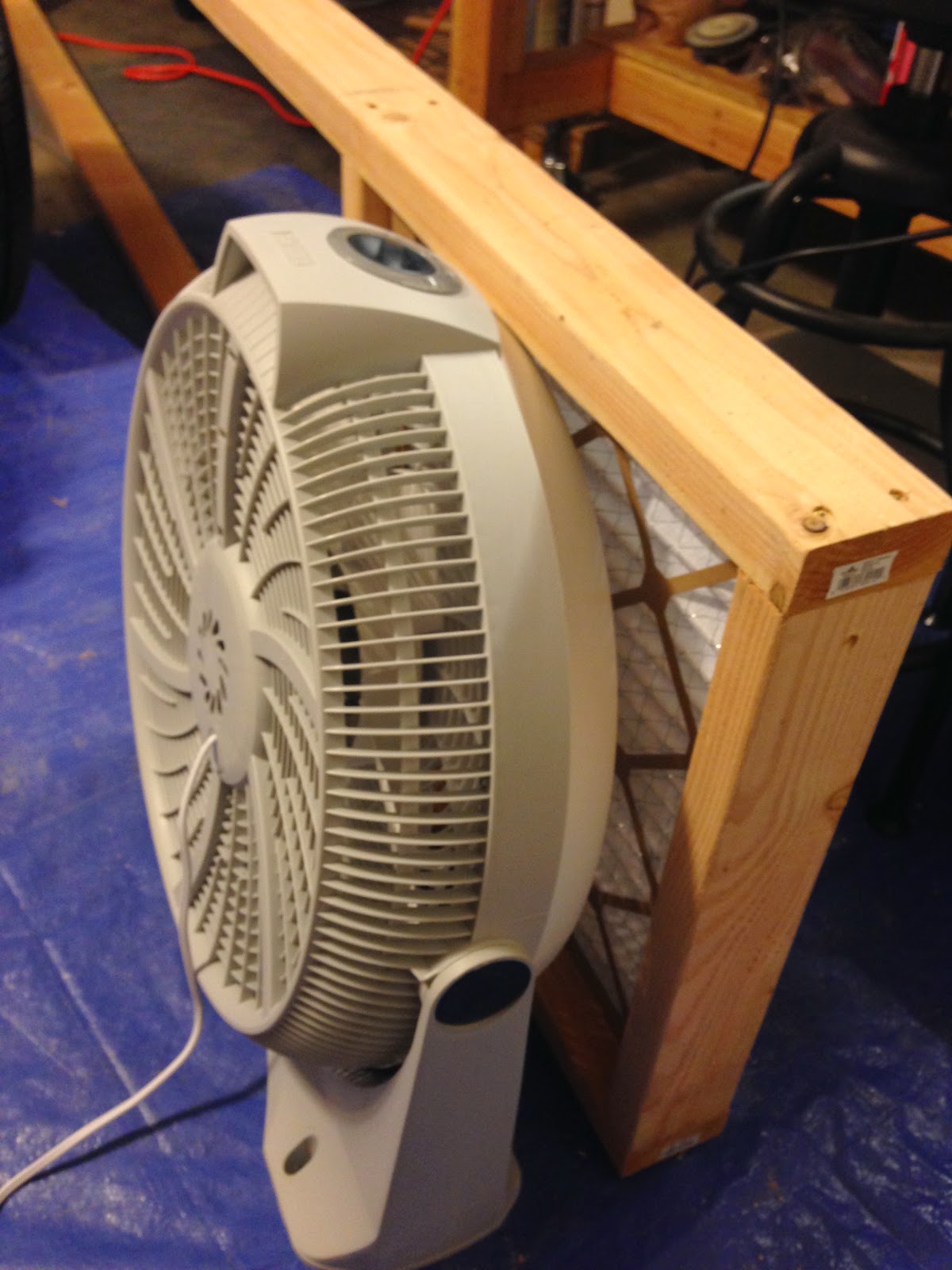 These fans are great because once I'm done painting those bases actually allow it to be mounted to a wall and the fan will swivel 90*.  I'm looking forward to that too, multi-functional!

And  today I mounted my removable door.  This will be a solid vertical post that I plan to put velcro on to keep the plastic shut but still allowing access in and out.

It has a hinge on the near side of this pic and then a pin on the other end to keep it up and out of the way when not in use. 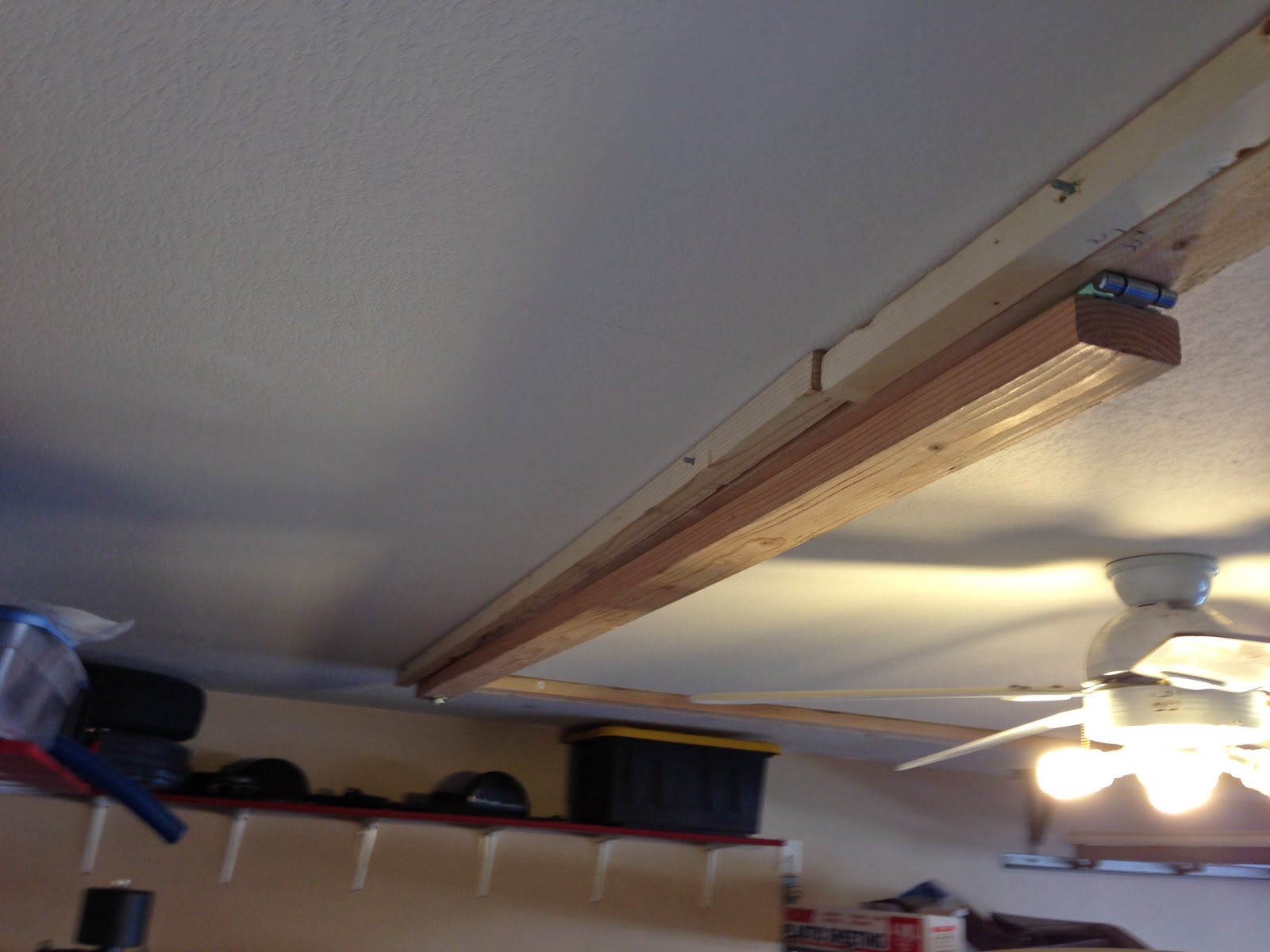 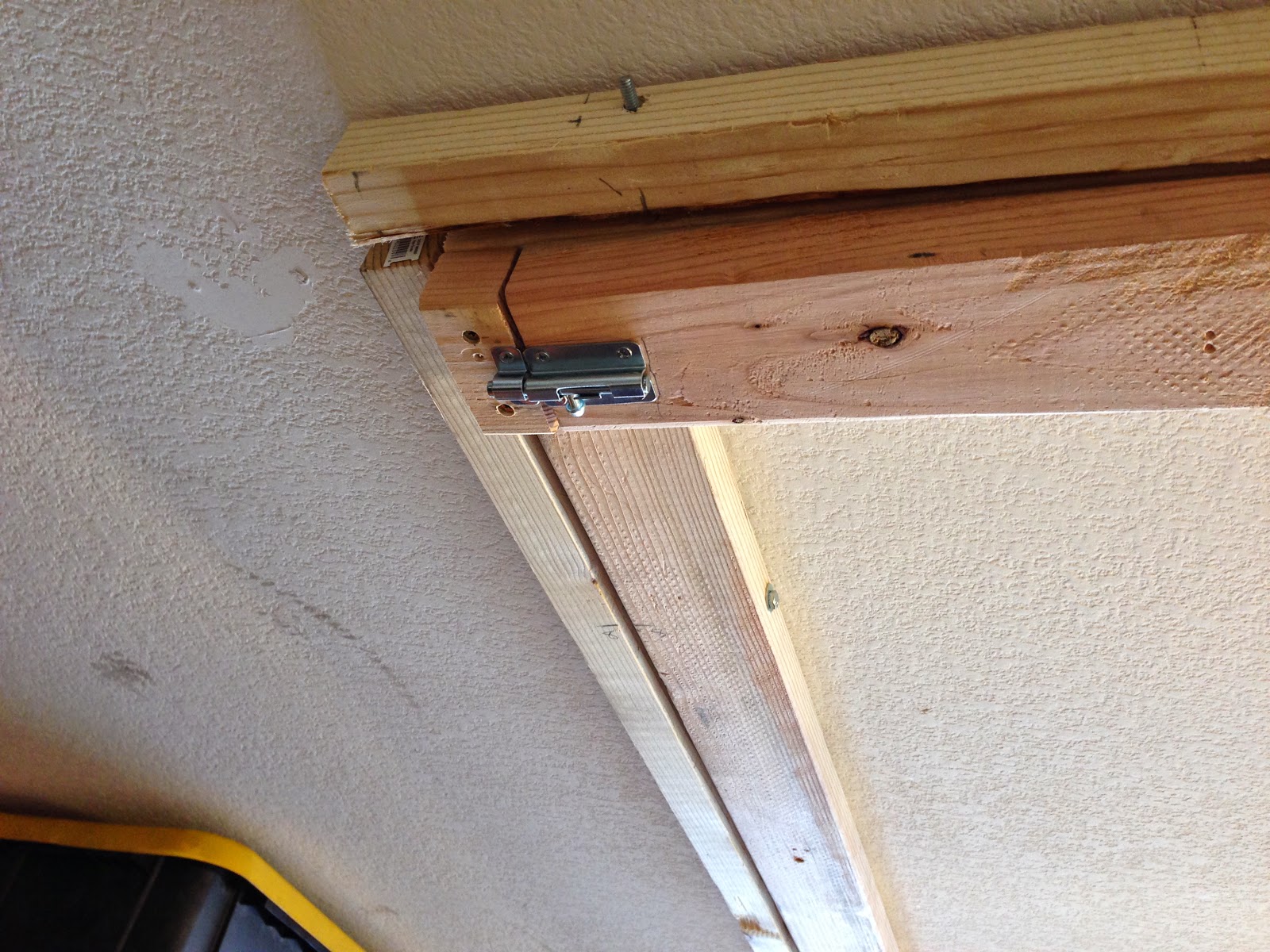 The pin also serves as a way for the post to stay in one spot, I drilled a hole in the bottom plate of my half wall. 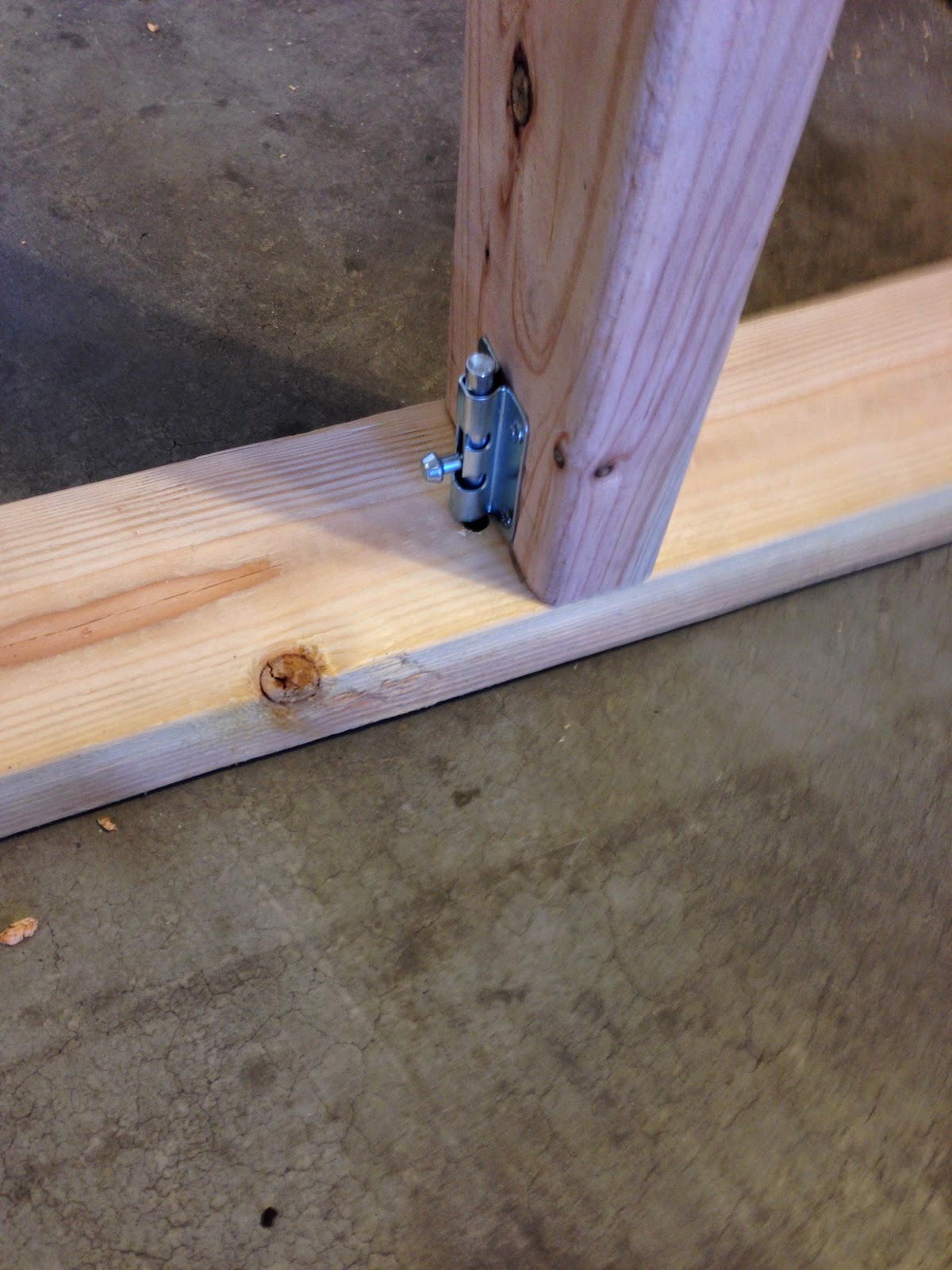 I then took apart my fans and found that by using some particle board I could make a tight shroud to get all the airflow going out of the booth.

I used a carpenter's square with a hole in it and kept the pencil at exactly the radius I needed to get a perfect circle.  I then used a jig saw to cut out the hole.  I used zip ties to mount it so I can reuse the fan in the future. 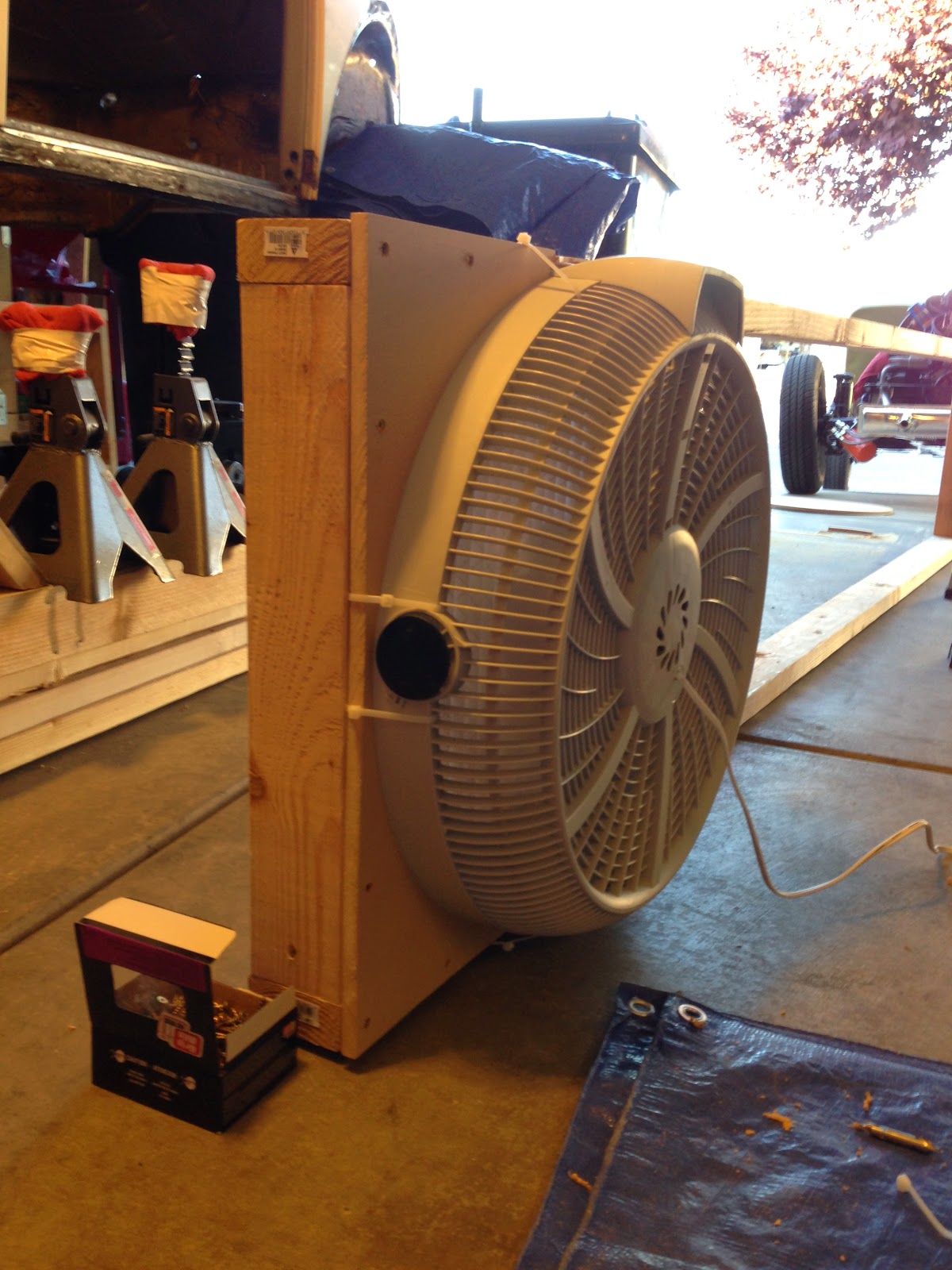 Tight to the shroud, all the air going through the filter...success! 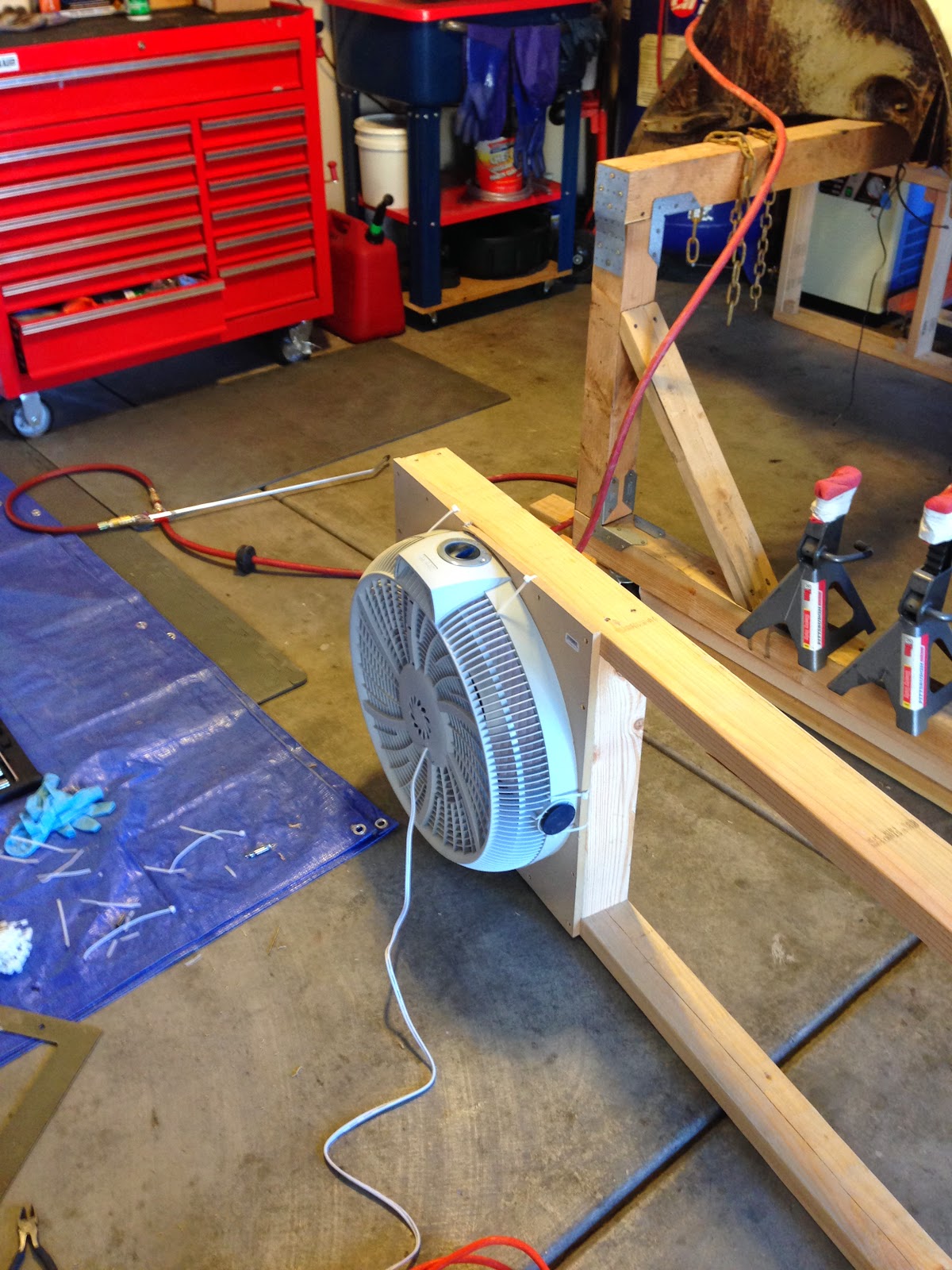 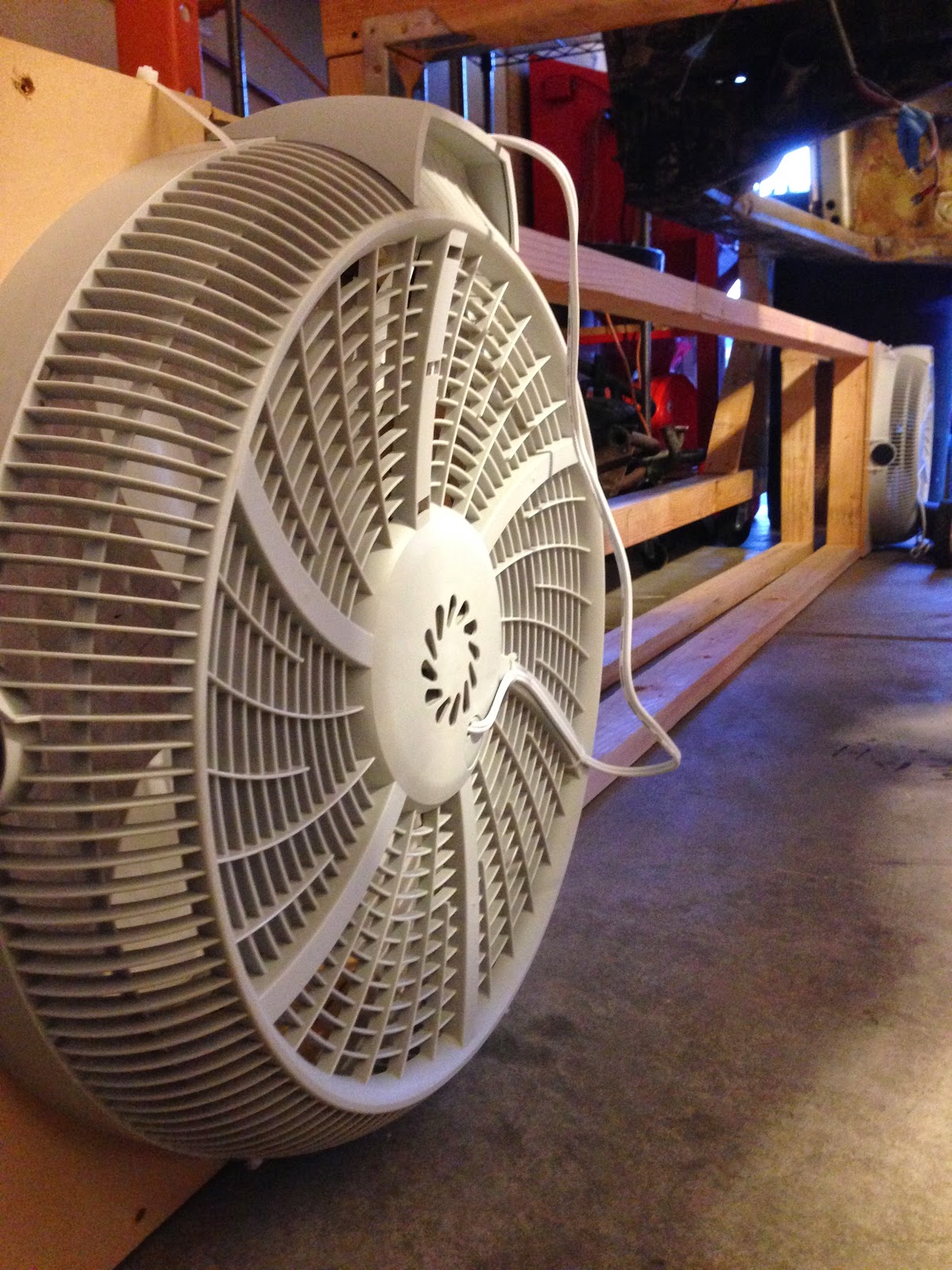 I only have a few more finishing touches before I mount the plastic.  I need to get a power strip to serve as a centerpiece for my booth power and also complete the nut/ fender washer assemblies which will hold the 2x2 strips that hold the plastic up onto the respective boards.

Then off to the paint store!
Scribbled in by Ryan around 8:25 PM